The annual Brisbane Comedy Festival has kicked off and I was lucky to attend stand-up comedian Aaron Chen’s new show at the Turbine Studio, Brisbane Powerhouse on assignment for Scenestr.

I came across Chen last year when I attended After Hours and reviewed it for Weekend Notes. After Hours was hosted by Dusty Rich and featured artists with shows doing medleys or their best number or scene and stand-ups effectively doing a tight 5 set. That night Rhys Nicholson absolutely killed and was the best on the night but Chen caught my attention with his swagger commanding presence on stage milking laughs out of thin air on the sheer strength of his persona. So I was keen to see his show and am happy to report everything I thought of Aaron Chen after those five minutes last year remains true.

You can read my review here https://scenestr.com.au/comedy/aaron-chen-review-brisbane-comedy-festival-2020-20200226

My customary photos from the event I am sad to report are lacking because I left my phone at home. Thankfully Karen has stepped in and come to the rescue so there are some photos thanks to her. Hope you enjoy. 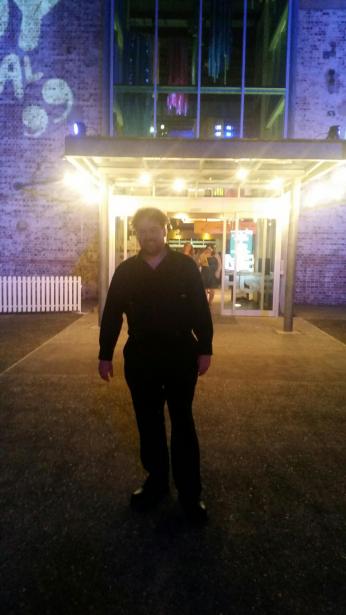 About to ascend those familiar steps where magic awaits. Copyright Karen Marken.

I’m not growing a beard, just hadn’t shaved in a couple of days. With my girl. Copyright Karen Marken. 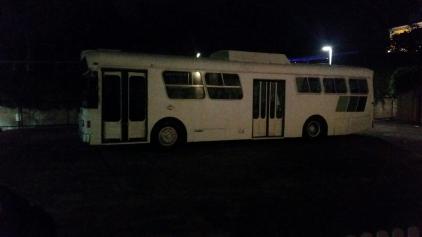 A preview of a coming attraction. Copyright Karen Marken.