Last night I went to a preview screening of Captain Marvel two days ahead of its release date to review it for Scenestr magazine. I have been to all sorts of screenings over the years, long before I got to be a freelance writer, Karen was winning tickets in competitions and taking me along. However until last night I had never been to a preview screening of a Marvel blockbuster. I attended it at the top of the Myer Centre in the Brisbane CBD with other press and social media influencers who had been invited along as well as elite female athletes which was on theme for the story of a powerful woman. We were given lanyards and a free drink from a makeshift bar. The VMAX cinema the film screened in was perfect for making use of big theatre sound. I do think there are things that could’ve been done better in the film but overall I enjoyed Captain Marvel and you can read my review here http://scenestr.com.au/movies-and-tv/captain-marvel-review-20190306

This is coincidentally the 90th piece of writing I have had published with Scenestr and my 150th overall. Produced by Eyeball Media Enterprises Scenestr. is an online national magazine with local offices around Australia. Having started in 1993 they’ve excelled at moving into the digital realm but they remain at heart from the streets. They still publish magazines in print for Western Australia, South Australia, New South Wales, Victoria and Queensland every month

Karen and I at the screening. Copyright Lloyd Marken. 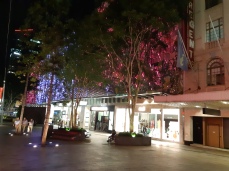 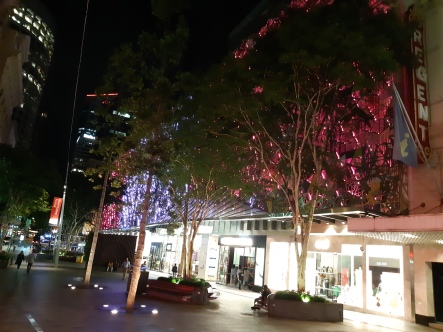 Going down Queen Street Mall at the end of the night. Copyright Lloyd Marken. 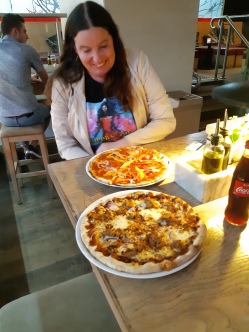 Pizza after the movie at Vapianos. I got bbq chicken but Karen got a spicy meatball. Copyright Lloyd Marken. 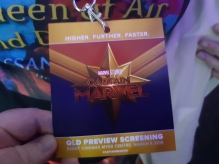 Ascending to the top of the Myer Centre for the screening. Copyright Lloyd Marken.

New Year’s Eve I was scrambling to get a submission in for HEAVY Magazine which I have been contributor for since April 2017. I’m not always able to be as prolific as I would like but a chance to contribute as one of their film reviewers to a recap of the year’s films was too good to miss out on. Similar to how I feel honoured to contribute to end of year countdowns for X-Press magazine. I’ll of course be putting together my annual Favourite Films of the Year later on in 2019 but this will give you an idea of who is in the running at the moment for a Top 10 entry. You can find the post here https://heavymag.com.au/a-re-cap-of-the-films-of-2018/

I hope you enjoy and feel free to comment or give any social media love. 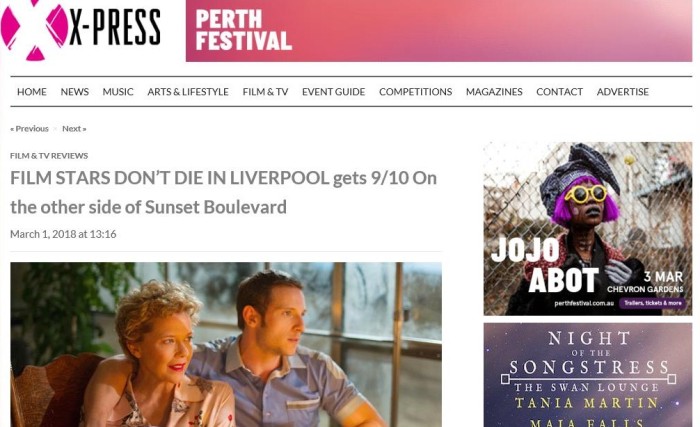 My wife Karen won tickets to a preview screening of Film Stars Don’t Die In Liverpool a few weeks back and I’ve been lucky enough to have a review of the film published with X-Press Magazine.

The film is based on the book by Peter Turner who wrote of his love affair with Academy Award winner Gloria Grahame. It is a sad and moving film but a particularly well made one. I have thought about it a lot since seeing it, so touched by the way it captured time and space and how events in the film are open to the interpretation of each individual viewer. It’s a change of pace for Eon Productions too, famous for James Bond and I later found out Barbara Broccoli actually knew the couple when they were together. For Annette Bening, it is another reminder of what a talented consistent performer and storyteller we have in the actress and the level of the work she is getting to do. You can read more of my thoughts here http://xpressmag.com.au/film-stars-dont-die-in-liverpool-gets-9-10-on-the-other-side-of-sunset-boulevard/

X-Press Magazine was established in 1985 and at one point was Australia’s highest circulating free weekly entertainment publication with over 40,000 copies reaching 1,0000 outlets every week.  On the 24th May, 2016 Issue 1527 hit stands. Like many publications of its ilk X-Press Magazine is now foremost an online magazine engaged globally and making the most of the possibilities that new digital technology offers. It’s roots though are tied to its home city, love of local artists and productions and music which it supports wholeheartedly. Perth a capital city most isolated from all the other capitals is continuing to grow and develop culturally and artistically with its own identity and talent. X-Press has always been there to capture this growth and will continue to do so.

20th Century Women has taken its sweet ass time getting to Australian cinemas but it proved worth the wait and justified every nomination or award win that came Annette Bening’s way during Awards season. You can read more of my thoughts here http://scenestr.com.au/news/movies-and-tv/20th-century-women-review-20170607

I’ve been very lucky to get published online for a few publications these past 3 months. I’ve been grateful for the opportunity and appreciate the support from my fellow bloggers.

Produced by Eyeball Media Enterprises Scenestr. is an online national magazine with local offices around Australia. With over twenty years of publishing history they’ve excelled at moving into the digital realm but they remain at heart from the streets. They also publish Scene magazine in print every month focussed mostly on music gigs, festivals, stand-up comics, fashion and interviews with local and international bands. If you’re into music they’re a great read but they do cover all of the arts.