Well we all know the story now. Everybody posted on social media that 2020 could go to hell and that 2021 couldn’t happen soon enough.

That somehow dates on a calendar would change everything like magic.

I’ll admit, I thought what a bunch of idiots but honestly who could not begrudge people this hope.

It is human nature to take stock of passing time and to look to the future with hopefulness but I found it annoying because life gets better by making individual efforts to make it better.

In Australia we really did seem like the lucky country. Sure the Avalon cluster had spoiled some of our Christmas fun but looking abroad made us recognise how much we had to be grateful for. My sister was in the UK where there were daily increase of cases that were the sum total of all recorded Australian cases.

People were suffering worldwide and I’d sat in a hotel lobby on New Years Eve and had cocktails and seen friends.

After years of being on contracts, I had a job as many people’s financial situation fell out from underneath them, after years of watching others go overseas I finally took a holiday locally and drove out to nearby country towns.

I felt uneasy…when was the other shoe going to drop?

Having experienced hardship in my own past and been saved by others,  I now looked for ways to help not just worry.

But its true that I mostly felt grateful for what I was lucky enough to have in my life, my work, my friends and family and time to be with them.

I think most people felt a sense of hopefulness in the New Year. By the end of the first week we would have painful reminders that a lot can happen in a day dramatically.

Last year around about the time COVID-19 took off across the world there was a resurgence of interest in Steven Soderberg’s 2011 film Contagion. I even had friends talk about it and I watched an excellent video from the Youtube group The Take.

But alas in our age of disparate audience groups, I have Stan and Netflix but neither had Contagion so that was that. In the new year of 2021 with a year of the pandemic having played out in real life Contagion hit even harder.

In March 2020, the opening of the 2011 film spoke to the fear and anxiety as the virus hit the West and quickly spread. Watching people touch surfaces and their fellow human beings while sick and not knowing gets the blood pumping now like a horror film.

Watching it in January 2021 it hits even harder.

If you have not seen it, then I suggest you do but I would not judge you if watching it is just too hard at this time.

In 2011 I suspect if I had seen the film, I would have thought it was pretty solid and low key. That is Soderberg for you. I recently started watching Logan Lucky and just never went back to it. But I am a fan of Traffic and Erin Brockovich. The guy runs the gamut.

Matt Damon in particular shows a knack for playing an everyman in stark contrast to the capable Jason Bourne he made famous or the wise cracking Will from his break-out film Good Will Hunting. Kate Winslet plays the heroic capable figure we need in such a story but even that gets subverted.

Commentary around the film picks up on two running themes in the film, yes there is the pandemic of the virus but also a parrallel pandemic of misinformation. Government of the most part is capable and partisan but there are local figures early on that question if it is a just scare that will pass like SARS, the backlash from the public if they’re seen to overreact and budgetary haggling.

In our own world the misinformation from Fox News from March that this kills just as many as the flu, the anti-vaxxers, the protesters, the riots, the anti-malarial drug that Trump championed, all have eerie parrallels.

The virus in the film spreads faster and kills more than COVID-19. Martial law is declared at one point and there is a run on in food and isolated towns rife with looting. Garbage remains uncollected on the streets.

I guess we can be grateful COVID-19 was not as deadly as what is depicted here.

But panic buying in the shops, border closures and one shot that took my breath away of mass graves are all here.

The virus itself starts in Hong Kong with a bat.

A vaccinne takes a year and a while to roll out to everyone, creating anxiety. The film does not show a concern to get everybody vaccinated before too many mutant strains make it no longer effective. Maybe we’ll be that lucky too.

How did in 2011 did they release a film that got this all so eerily right?

Well for starters this had already happened with SARS and MERS and secondly the filmmakers went to the Centers for Disease Control and the World Health Organisation and asked them what is likely to happen.

What I observed in the early days of COVID-19 is how we all react differently in telling ways.

Those of who looked to our institutions for leadership, those of us who questioned every decision and every piece of information that was parceled out.

Contagion may not go into such specifics but constantly throughout there is a theme of people making moral choices with good or selfish intentions and good or bad results that come from that. The film I believe is simply observing the human factor of why people make the decisions they make. With no

judgement just the randomness of that and how small decisions can have major consequences.

I believe ultimately the film is optimistic about the human race.

“[He] woke up, had a little bit of a runny nose just yesterday. And went out and got a test and did the right thing. Can I thank this individual,” New South Wales Chief Health Officer Dr Kerry Chant praised the 18 year old for getting tested with the mildest of symptoms.

On the fifth of January, World Health Organisation reported in Australia there had been 28,504 confirmed cases of COVID with a daily increase of 21. There had been 909 deaths. 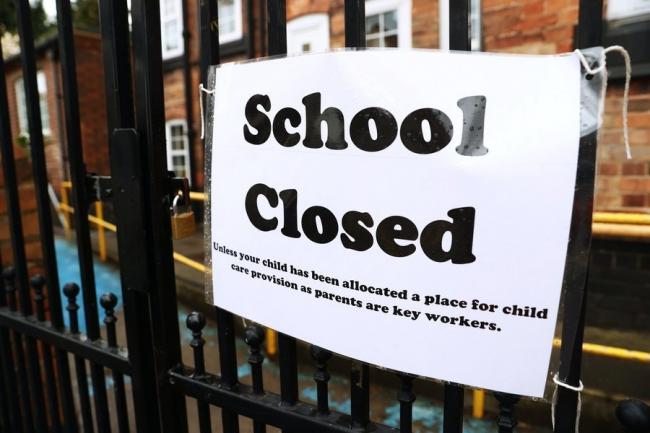 In the United Kingdom of Great Britain and Northern Ireland schools were being shut down…thank fuck!

I understand this was not great news for many families, that it would present a range of challenges for educators and their students, but if it saved one life I was all for it and there was no doubt in my mind that it would save thousands.

Following a return to school on the 4th of January, Prime Minister Boris Johnson announced a new lockdown shutting down schools from Tuesday the 5th of January until at least the February half-term.

Scotland, Wales and Northern Ireland were already ahead of BJ with those countries have been doing remote learning for students already and extending them in light of the predicament they found themselves in. 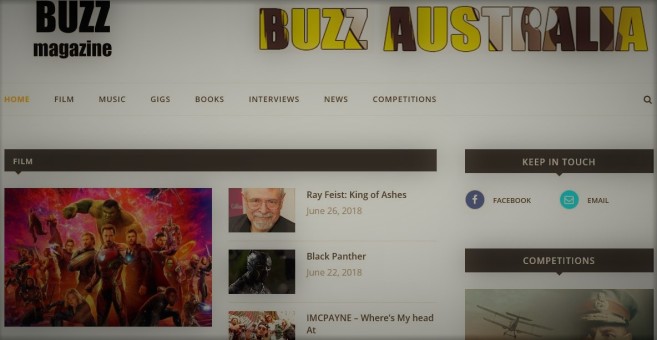 I am very lucky to have had my review for Avengers: Infinity War published at Buzz Magazine. I am fortunate enough to have a lot of reviews of big blockbusters published over at Buzz and they don’t come bigger than this. Please feel free to click here http://buzzmagazine.com.au/avengers-infinity-war/ to read my thoughts and offer any of your own. I hope you enjoy. 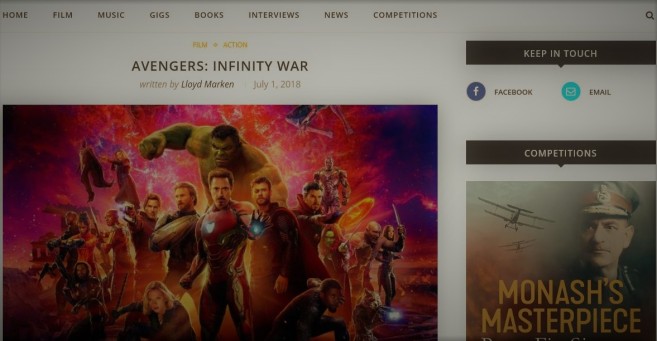 I’m very excited to say that I’ve reached a new milestone with this review at Buzz. This is my tenth review published with them following on from Black Panther, Star Wars: The Last Jedi, Blade Runner 2049, Five Came Back, Atomic Blonde, Spider-Man: Homecoming, Wonder Woman, Pirates of the Caribbean: Dead Men Tell No Tales and Guardians of the Galaxy Vol. 2. Let me know if you had particular favourite.