Back on April 21 I bought a hoodie from the United States of America. There was a lot of handwringing about the getting the right size as I never order clothes online. In June the hoodie arrived and it fit but it was too tight. On the 20th of August I got a new one that fit just at the tail wind of winter in my home town, sunny tropical Queensland. That said I got some good weeks out of it and really love my hoodie. I hadn’t got a new jumper or coat in about 19 years. 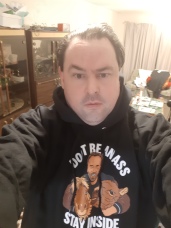 With my new hoodie and less my beard. Copyright Lloyd Marken.

Proceeds from the sale of the hoodie went towards After School All Stars which were delivering meals to kids in low socio-economic areas during the lockdown of schools in America.

The same day I was due to go to a preview screening of the new movie Tenet for Scenestr magazine.

Tenet was the first blockbuster to be getting released in cinemas since COVID had shut down cinemas earlier in the year. Warner Bros. was betting big that people would return to the cinemas but if they did, the blockbuster would have the run of the movie going public.

Attending a preview screening of a blockbuster is always a thrill for me. The preview screening was in a VMax screening at Indooroopilly Shopping Centre.  There were only other critics present at the screening, familiar faces. People seemed fairly relaxed. At the screening of Waves there was some sense of hopefulness and rustiness at what was for some of us the first screening we had been to in a while. Here things were more relaxed but there was security at this one given the high profile nature of the film. There was a media embargo to enforce.

My review was published the following week on Wednesday the 26th of August with the film premiering the next day.

You can read my review here https://scenestr.com.au/movies-and-tv/tenet-film-review-20200826

So far Tenet has grossed $350 million dollars worldwide, the fourth highest grossing film of the year. However $55 million dollars was accumulated in USA and Canada. In North America at the time of opening, 65% of cinemas were operating at 25-40% capacity. In its first five weekends at the US Box office Tenet remained number one but that gross is significantly down on previous Nolan hits. Warner Bros bet big and it has not paid off. Too many territories remain closed and too many people have not returned to cinemas in America and Europe where COVID-19 remains an all too real threat.

I would argue that while Tenet is billed as a blockbuster, it is not a crowdpleaser and in a particularly dispiriting year I think something like Wonder Woman 1984 would have played much better but COVID remains the all too important factor. Its actually a relief to know that people would rather prize their lives over seeing a movie where they deem the risk too much. In Queensland we felt relatively safe with a small number of cases.

Yet on the same day that I went to see Tenet, a supervisor in her 70s at the Brisbane Youth Detention Centre in Wacol tested positive for COVID-19. She had been working shifts until she started to have symptoms. She was now admitted to hospital. Her diagnosis led the centre to go into shutdown with testing of 127 youths and over 500 staff at the centre. There were eight active cases in Queensland at the time.

Premier Anastacia Palaszczuk relayed, “What you’re going to hear today is the story of a woman who was sick, and still went to work. It is really really important that if you are sick, you must stay home, as now a whole lot of contact tracing has to happen.”

I was about to get a timely reminder in the days ahead that the situation was fluid. 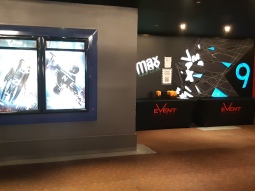 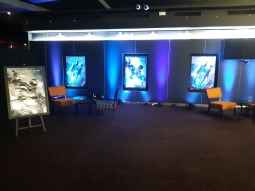 I was solo again for this preview screening. Copyright Lloyd Marken. 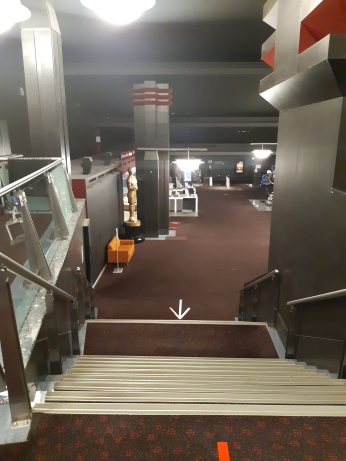