My father is the greatest man I know, strong, dependable and smart. He is the rock of our family and a giant I stand in awe of. Long ago I came of age and saw that he was just a man like us all but he remains someone I deeply admire and cherish. He will turn 75 this December and as a family we savour the time left together, it gives me some peace to know that my parents became grandparents last October, they have earned that milestone and time was running out.

Time ran out for author John Birmingham and his family a little while back and the result for John was six months of depression. When he came out of it he wrote On Father and knowing him by reputation I sought a chance to see him talk about On Father at the Brisbane Powerhouse as part of the series Writers+Ideas. Scenestr made it possible and you can read my review of what I saw here http://scenestr.com.au/arts/john-birmingham-on-father-in-conversation-with-paul-barclay-review-brisbane-powerhouse-20190417

Making out way to the Brisbane Powerhouse. Copyright Lloyd Marken. 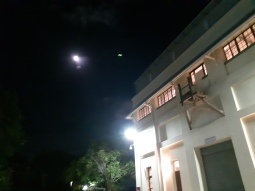 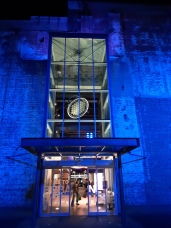 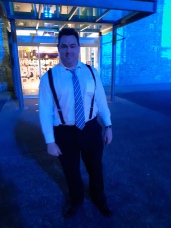 Wearing a tie my father gave me. Copyright Lloyd Marken.

At one of our regular haunts after a gig, the New Farm Pig’n’Whistle for dinner. Copyright Lloyd Marken.

11 thoughts on “JOHN BIRMINGHAM: ON FATHER IN CONVERSATION WITH PAUL BARCLAY REVIEW AVAILABLE ON SCENESTR”