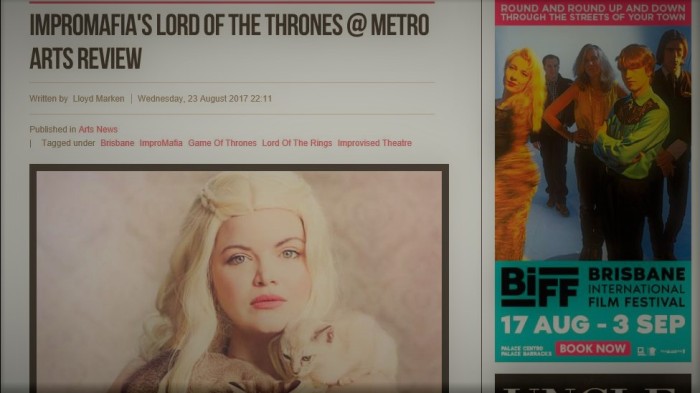 Last Thursday evening I attended the opening night of the Brisbane International Film Festival, Friday night I went to an old Western suburb and took in the first professional theatre production of Anton Chekhov’s Uncle Vanya in Brisbane in 86 years and Saturday night I was in the city again back at Metro Arts Theatre to see an improvised comedy show parodying the No.1 show in the world. A weekend like that is few and far between and often I let other things take some of the joy out of things I should be grateful for. Not last weekend, last weekend was magical and I feel so very lucky and blessed these days that I’m looking for the anvil above my head.

I volunteered at BIFF once upon a time, which I hope to write about soon,  but I never went to an opening night. With the two theatre shows I attended I was on assignment with Scenestr magazine and you can read my reviews here http://scenestr.com.au/arts/uncle-vanya-magda-community-artz-review-20170823 and here http://scenestr.com.au/arts/impromafia-s-lord-of-the-thrones-metro-arts-review-20170823

Keen readers may note I previously interviewed the director of Uncle Vanya, Michael Beh earlier and he spoke with such passion about theatre and Chekhov that it was great to get a chance to go along and see the show which featured some first rate acting. Impromafia’s production of Lord of the Thrones was scheduled a while back and something that I’ve been looking forward to. The venue was Metro Arts theatre which I saw as a good sign after catching England there earlier in the year. It was a privilege to attend both and to write reviews on them.

Produced by Eyeball Media Enterprises Scenestr. is an online national magazine with local offices around Australia. With over twenty years of publishing history they’ve excelled at moving into the digital realm but they remain at heart from the streets. They also publish magazines in print for Perth, Adelaide, Sydney and Brisbane every month which as a GenXer I have been thrilled to have interviews published in. The magazine is focussed mostly on music gigs, festivals, stand-up comics, fashion and interviews with local and international bands. If you’re into music they’re a great read but they do cover all of the arts. 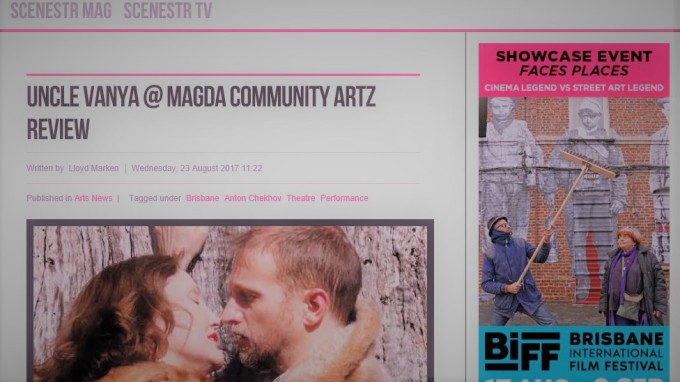