PLEASE NOTE: A SHORTER REVIEW BY ME OF THE MOVIE CAN BE FOUND HERE.

Batman Vs. Superman (I am refusing to call it Batman v Superman) is not a very good movie. Man of Steel 2 is a very flawed film too. Dawn of Justice is not a great movie but gets you excited about seeing its sequel which Zack Snyder should be congratulated on because Warners had a lot riding on this. Batfleck is a fantastic short Batman film that shows an exciting new way to portray Bruce Wayne onscreen. Unfortunately, as the excellent Dan Murrell at Screen Junkies pointed out, all of four of these films have been made as one and released across cinema screens this past Easter with their varying levels of quality to be taken in at once.

Man of Steel for all its flaws told a story about a central character and gave that character an arc. Kicking off where that film ended with Bruce Wayne on the ground during the Metropolis battle trying desperately to reach his people in a Wayne Enterprises building is the best sequence of the whole film. The music and sound pounding in an Extreme Screen cinema has to be experienced as Bruce a highly capable mortal man commutes by helicopter then car then foot through the mayhem. His skills keep him alive getting out of the way of destruction repeatedly at the last second but his figure remains powerless in the face of such super beings. Bruce Wayne is also with the victims that we never really saw with Superman in the finale of the last film. It’s an inspired way to address criticism of the last film and set up the central beef Wayne has with Superman in this movie. It also well and truly proves that audiences can now see movies that fully evoke the horror and helplessness of September 11, 2001. Take that Al Qaeda!

Amy Adams is back at Lois Lane and is given some nice beats as a journalist and an anchor for Kal-El’s humanity but has to be rescued just a little bit too much. A scene where she is kidnapped rather late is also annoying; it is an example of the kind of plot conveniences that come up in the film at the expense of good characterisation.

Ben Affleck and Jeremy Irons as Batman and Alfred have some of the best scenes together with Alfred being naggy Aunt, armourer and moral compass. It says something that in the ninth feature film to star Batman after all the great actors who played these characters before that Affleck and Irons make these characters fresh and exciting creating an itch to see them in further adventures.

Holly Hunter who featured prominently in the trailers as Senator June Finch plays an important part in the film and has a great showdown with Lex Luthor with one of the best lines of the film. Significant time is given to their subplot and it is one of the better told stories.

Gal Gadot who served in the Israeli Defence Force and made her name in the macho Fast and Furious series was heavily criticised in some circles for her casting as Wonder Woman because she was too skinny. Ah too skinny eh, I hate when that happens. We’ll see later if her acting range can hold up as a lead in her own feature film but as the enigmatic Diana Prince in this movie she spars well with Bruce Wayne and sells the physicality of the warrior princess in her fight scenes at the end against Doomsday. Plus she has some bitchin’ clothes. No I’m being serious, her wardrobe is fantastic.

Henry Cavill who struck out as a new type of erstwhile confused Clark Kent in his last outing here is mostly muted. Lacking any real agency in what was supposed to be his sequel. Basically the world doesn’t like him and he takes it hard. Christopher Reeve’s big blue Boy Scout in the original series of Superman movies was dynamically emotional and full of fear, doubts and believe it or not anger.

Yet when he said “I never lie.” you not only believed it but you believed in the possibility and rightness of such a thing. He felt pain being belted into a building and outright desperation whenever Lois was threatened. Yet he was inherently good and awesome as a symbol too. Cavill strutting into the Senate hearing halfway through this film couldn’ve been an opportunity for Superman to say something but alas… Superman comes across as a nice guy but also one who is hurting and sad. Reeve would never have wallowed in self-pity or doubt as much. He would have made you hopeful, not gone to a death match bemoaning “Nothing good lasts in this world.” Perhaps in an era of man children, parental issues and arrested adolescent being prevalent on the screen we deserved this Clark Kent in the last movie but we’ve done that already. Make Superman a hero again, for fuck’s sake! If Reeve is too repetitive for you just shoot a glance over at former resident superhero smartass Chris Evan’s making Steve Rogers’ nobility relevant for the 21st century. Cavill I don’t mind, his Superman I don’t mind either, I just want him to grow up and become Superman.

Jesse Eisenberg’s Lex Luthor seems to be a sore point for most people who’ve seen the film. I’ll come clean, I didn’t mind it. I thought it was swinging for the fences in a great way. Comparisons to Eisenberg’s Mark Zuckerberg make no sense; Zuckerberg was quiet, clever and socially inadequate in The Social Network. Eisenberg’s Lex is comfortable spinning tales to people and drawing attention to himself. He’s also batshit crazy, no pun intended….no seriously that wasn’t a pun. The only complaint I could level is that for a guy who manipulates Superman and Batman into a fight he is hardly Machiavellian. The way he is played you suspect Wayne would not fall for his tricks so easily and this before you consider how much Batman discovers about Luthor throughout the film. The two heroes shouldn’t have been played so easily by his schemes given they’re both investigators of sorts. Again Holly Hunter is the only one who calls him out. Considering also the unexplained plot moments like Batman breaking into Lexcorp but still being manipulated by Luthor’s scheme, Lex appearing at a Senate hearing but leaving before Superman arrives never being following up and Luthor’s main motivation while articulated well by Eisenberg in one scene never really explains why he would throw away virtually everything to take down Superman. Crazy is an explanation that could be offered but I am thinking it is another case of poor plotting in the film.

Finally a shout out to Diana Lane, even aged-up with make-up to play Martha Kent you bring some sexual chemistry to your scene late in the film with a certain someone. Don’t go changin’ you magnificent woman. 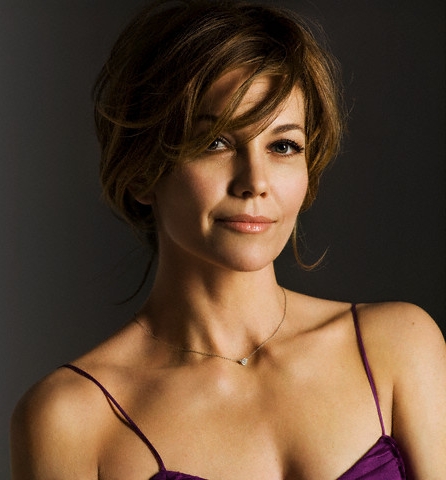 Batman vs. Superman comes down to a collection of stunning vignettes, who doesn’t want to see Neil deGrasse Tyson discuss our place in the universe with Kryptonians, but fails to connect them together with a streamlined plot that has holes bigger than Smallville. That pun was intended even though I know it was bad. You may be thinking at this point, hey Lloyd why don’t you tell us about the plot, all you’ve done is listed the characters and what happens to them. Well that’s kind of the plot.

Zack Snyder is a great filmmaker who made the Dawn of the Dead remake, 300 and Watchmen. These are good movies that looked great and blew the world away at the time. Sucker Punch, Man of Steel and Batman vs. (I’m not writing V-it’s idiotic-words have meaning!) Superman are not bad movies either. I am happy to see him do Justice League but I would point out a sequence in the Indian Ocean stands out not just for the colour in it but also because it looks like the real world!!! My advice is do a bit more of that in the next one Zack and then dream future sequences will have more impact. Hire a good screenwriter too. I am not signing any petitions though. 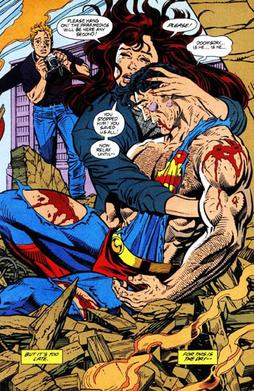 Like a lot of people The Death of Superman and Funeral for a Friend comics were important in getting me into comic books and away from the films they inspired. The event series played on 50 years of cultural history and resonated throughout fandom and the industry. The story when done well holds tremendous potential to be moving and uplifting on the big screen. To see it reduced to twenty minutes following a film where we barely saw Superman nor admired him is a terrible waste of source material. This movie is about Batman and Superman finally being on screen together. It was going to make money and hopefully will make a lot-IT IS NOT A BAD MOVIE. Yet it is silly to excuse its flaws by declaring it’s just a fun movie, or critics don’t like fun movies or comic fans just want straight adaptations. Hmph!

Deadpool came out a month ago. Comic fans loved it. Critics loved it. Everybody loved it. It was fun. How quickly we forget.

14 thoughts on “BATMAN VS. (WHAT THE HELL WAS THAT V ALL ABOUT?!) SUPERMAN RANT”