Last Wednesday I was lucky enough to be back on assignment for Scenestr magazine to review Godzilla II: King of the Monsters. This was in the Gold Class cinemas at Chermside cinema, usually I demure from such things but this time around I ordered dinner from their menu and had it served to Karen and I in the cinema – delicious. It was easily the highlight of the night because the film frustrated me no end.

The flawed Hellboy came out recently and has closed out its box office run quickly and with very little gross. I felt more engaged and energised by some of the inventiveness of that film despite its many faults. I have no doubt Godzilla II will meet with more success than Hellboy. 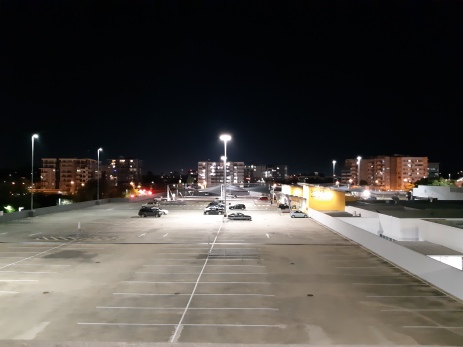 Chermside rooftop carpark. The shot is kind of epic, I like to imagine it with Godzilla in it. Copyright Lloyd Marken. 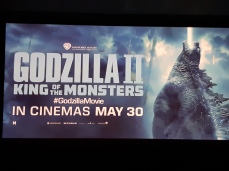 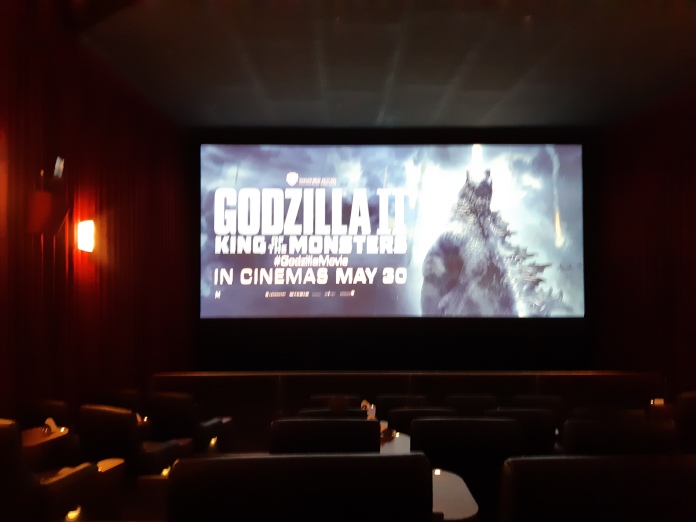 We’re in June and I’m yet to see the first great film of 2019 but I don’t want to be too old and grouchy. I think for fans of Godzilla there is enough Easter Eggs and visual splendour to enjoy. Also the filmmakers seem to be addressing some of the criticisms of the 2014 original by giving the humans more agency here but make no mistake it is the human story that is lacking. During the finale set in Boston I really could have used some colourful Bostonian character reacting to Godzilla. “Hey you think ya bedda dan meah?!”.  You can check out my review here http://scenestr.com.au/movies-and-tv/godzilla-king-of-the-monsters-review-20190531 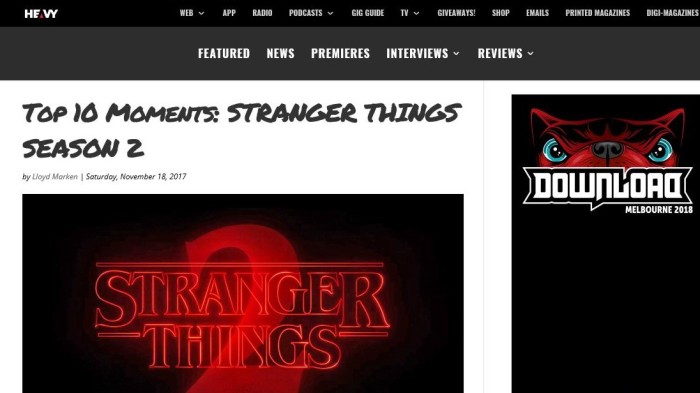 I find Strangers Things a frustrating show, on the one hand I kind of love it and then at times I found myself kind of zoning out looking at my phone never compelled to go back and watch scenes I’ve missed.

To this end doing a Top 10 was great because I could just write about those moments that just worked. Be sure to check it out here https://heavymag.com.au/tv-top-10-best-moments-stranger-things-season-2/ and let us know what your favourite moments were.