My beautiful wife Karen at the Baroon Lookout. © Lloyd Marken

I had been meaning to write about hiking for some time when I was inspired by Cindy Bruchman’s excellent Five Shots blog series. Cindy is the best writer I follow on WordPress and the Five Shots series reveals a great talent for photography too. Cindy’s series include five different photos of similar subject matter taken from a recent stint in the great outdoors and asks you to consider a favourite. They are usually fascinating depictions of how lighting and colour can make for vastly different but uniformly beautiful sights. My series on the other hand, follows a more conventional description of the hikes with photos but I took a leaf out of her book in terms of limiting the number of photos I include. Her series also reinforced for me the belief that our own backyard can appear very exotic to people far away. When my sister and her partner came to Australia a couple of years ago I wondered with my limited resources what we could do with a couple who had seen the world. The answer I decided was a hike through the Sunshine Coast Hinterland Great Walk but that is…another story to be told. Again do yourself a favour and check out Cindy’s Five Shots series here and just her blog in general which is fantastic!

A couple of years earlier we had hiked with some friends from Lake Baroon carpark to Baroon lookout 2.2kms away before returning to the car park. This is the first section of the Sunshine Coast Great Hinterland Walk At the time I carried a full pack of 23kgs on my back and remembered finding the ascent to the lookout quite tiring. Our friends must have too because they’ve never been hiking with us since. 🙂 So on the 12th of May 2012 we roped in some new suckers for an even more ambitious hike following our trip to Mt Tibrogargan. We parked one car at the Great Walks Entrance on Flaxton Mill Road and then drove in a second car and parked at Lake Baroon. We were going to hike approximately 14.5kms so I decided to only carry my camelback and webbing which weighed probably somewhere between 10-15kgs. 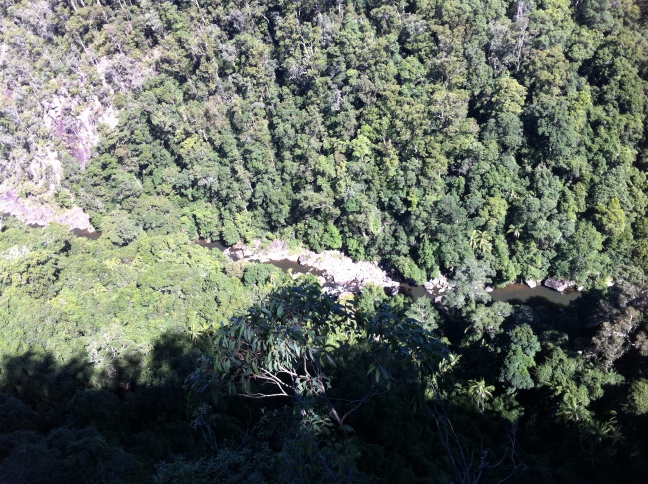 Looking directly down at the valley from the Baroon Lookout. One of the many spectacular views. © Lloyd Marken

We were hiking with Karen’s friend Rosie and her boyfriend Sandro who had served many years earlier in 3RAR. As we walked along the trail he often heard people coming ahead long before they came into view. The walk to Baroon Lookout is very pleasant along an established and well maintained path and I found the ascent a lot easier without a full pack despite a significant change in my fitness and weight since the last time.

After the lookout we headed down terrain we had never seen before as we descended to Obi Obi Creek where we snacked on our lunch. What follows is the longest part of this hike and for some can be the most monotonous. As the path moves away from the creek we came across some lantana that had overgrown on the path and due to recent water rising the path became muddy making me grateful we had worn boots and covered our legs. This was the least pretty park of the hike but we muddled through.

Where the path is less maintained due to lower usage. © Lloyd Marken

The path is always most deserted at this point where people who hike up to Baroon Lookout or descend from Kondalilla Falls seldom venture this far which kinda makes you proud to be doing the full route. There are still interesting sights to behold, we came across fungi on a tree which we have not seen since on subsequent journeys.

The Tree Fungi not far before the half-way mark. © Lloyd Marken 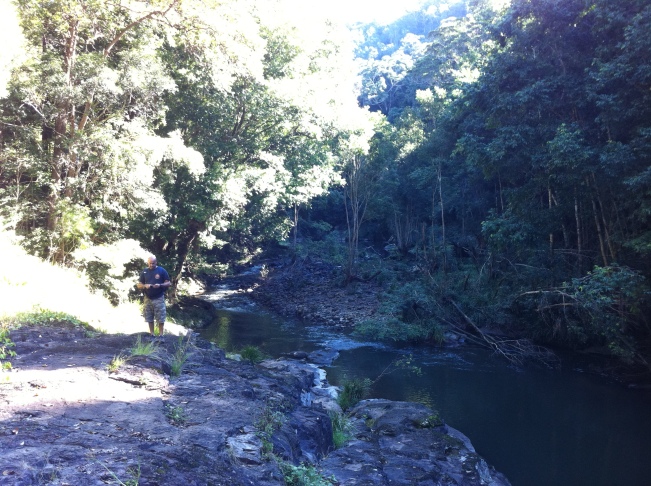 We later came back to the creek where a real nice area to have a picnic is but be warned it can take a while to get there. Shortly after the rainforest around us become more dense and the temperature expectedly dropped. It reminded me of a weekend I had spent at Canungra.

The rainforest and creek as we neared the Falls. © Lloyd Marken

The rainforest was very pretty after the lantana and our spirits were high as we reached the tough part-climbing up Kondalilla Falls. Rosie came into her own here having been part of walking groups the steeper it got the easier it seemed for her. This part of the track is closed down at the moment due to land slides but is a really enjoyable way to see the Falls and will hopefully open again soon.

Sandro in addition to being a former infantry soldier has done a number of hard physical jobs and played many sports. His old injuries began to plague him as we continued to walk uphill along Falls Road. It was inspiring to see his determination kick in and soldier through this last part. He did not want us to go ahead and get the car. From here we walked along Montville-Mapleton Road which does sport some pretty mountain views but we were essentially walking along the road for the last 3kms. Rosie and me raced each other to the cars in the last few hundred metres on Flaxton Mill Road and we were all grateful when it was over. It had been a great hike but Capriccios Pizza awaited us. 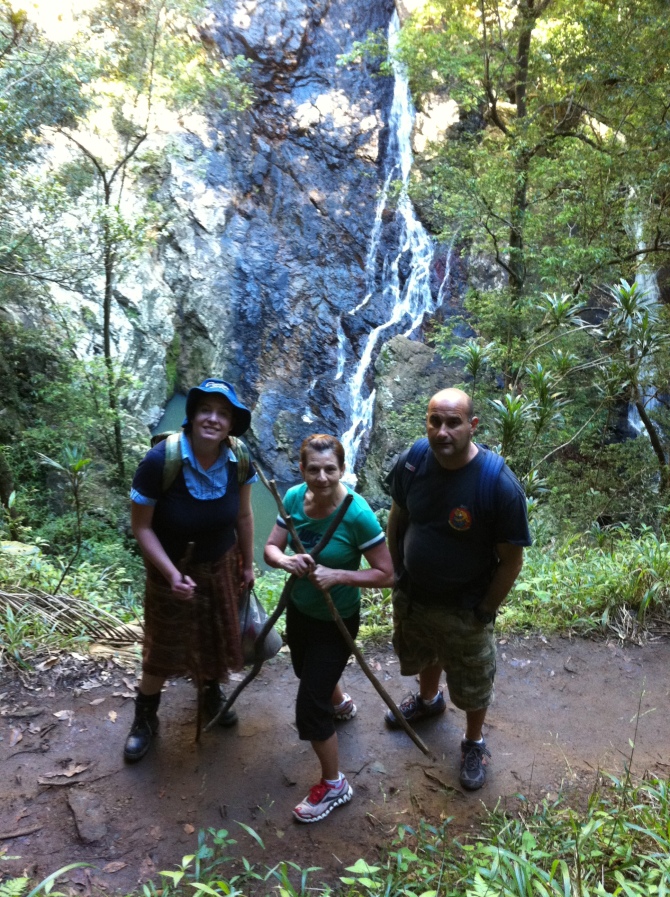