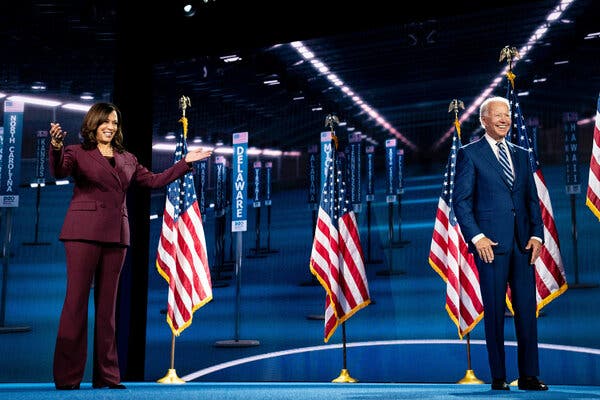 Monday I was on holidays.

I also attended a Doctor’s appointment.

I know how to party.

Things were further developing in Victoria while we all held our breath about what would would happen in Queensland.

The below clips are again the excellent ABC program Four Corners on the second wave in Victoria and the next is from 60 Minutes Australia for nurse Dan Collins who contracted COVID-19.

Dan Collins is one of many extraordinary heroes who have served us, saved lives, comforted others and suffered. The courage of him and all our health care frontline workers cannot be honoured enough and when people try to justify ignorance and risk they should ask themselves – would they do what our nurses are doing?

With the number of active cases in Queensland still relatively low and on holidays I was keen to strike out and support local areas with tourism dollars.
I have travelled as far north as Longreach in my home state but had never driven in my own car further north than the Sunshine Coast.

So Karen and I drove up to a town called Maryborough for the day.

Maryborough is the hometown of Mary Poppins author P.L. Travers and a beautiful old town. I didn’t know it at the time but I was about to interview two teachers who live and work in Maryborough in the days ahead.

I chose to drive the 255 kilometres from Brisbane to Maryborough after a doctor’s appointment starting late so there wasn’t a lot of time when we got there. We walked around the town and looked for a place to eat but nobody would have us. We instead took in prawns from the Parkyn Parade co-op at Mooloolaba which was a real treat on our way home. 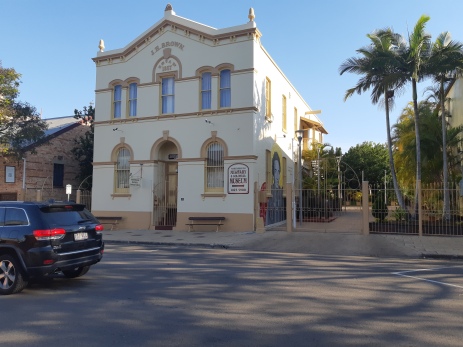 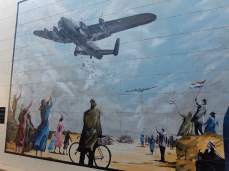 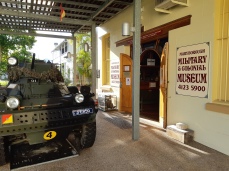 The back and main entrance during COVID. Copyright Lloyd Marken. 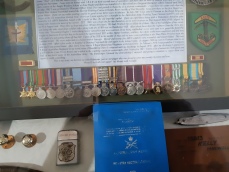 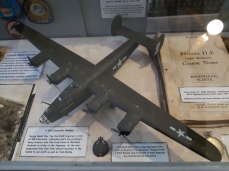 Never far from my thoughts Ern when I see a Liberator. Copyright Lloyd Marken. 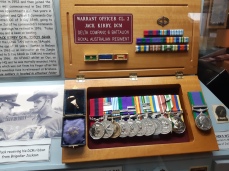 However we did get to see the Maryborough Colonial and Military Museum which has been developed by local volunteers into a first rate place in recent years. Nearby Hervey Bay famous for whale watchers is where a lot of veterans have retired too.

Model airplanes hung everywhere as well as some military vehicles and uniforms adorned the place. Most impressive was the number of medal collections of former serving members. Both military and civillians who had risked their lives and been recognised for gallantry.

These included Keith Payne who was awarded the Victoria Cross during the Vietnam War and served in Korea, Malaya and Oman. His work with veterans post military service saw him awarded the Order of Australia medal.

Western Australia Police Constable Timothy Britten was on leave from his overseas posting to the United Nations Mission in East Timor in 2002 in Bali when the Sari club was bombed by terrorists. In a singlet top, shorts and thongs Constable Britten ran 800 metres to the club and went into the fire to try and retrieve a woman as gas cylinders exploded around him. Forced out by the flames Britten went back into the fire three times and with a man named Mr Joyes he got her out. He pulled survivors out of the club all night. 202 people were killed in the terrorist bombings including 88 Australians. Constable Britten’s efforts in saving lives and risking his own saw him awarded the highest civillian award for gallantry – the Cross of Valour. 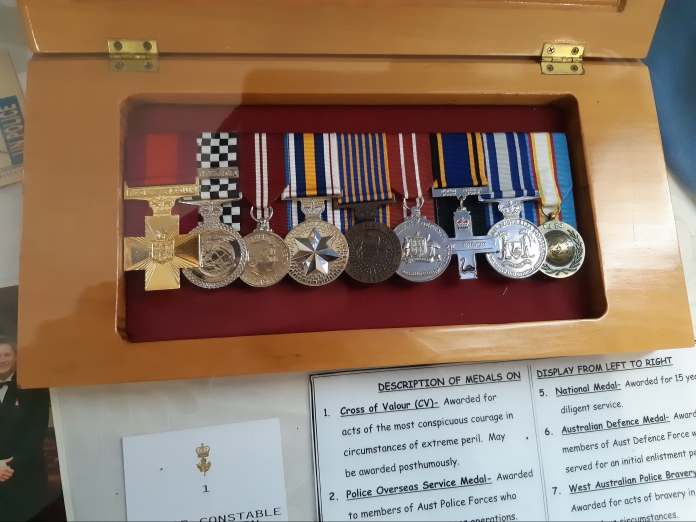 Major Harry Smith served in the Malayan Emergency and the Vietnam War. He was the Commanding Officer of Delta Company 6RAR when it was pinned down in the rubber plantations of Long Tan in a desperate fight for survival from a numerically larger enemy force. A long contested battle over many decades saw the veterans of Delta Company recognised more appropriately for what they lived through that day. 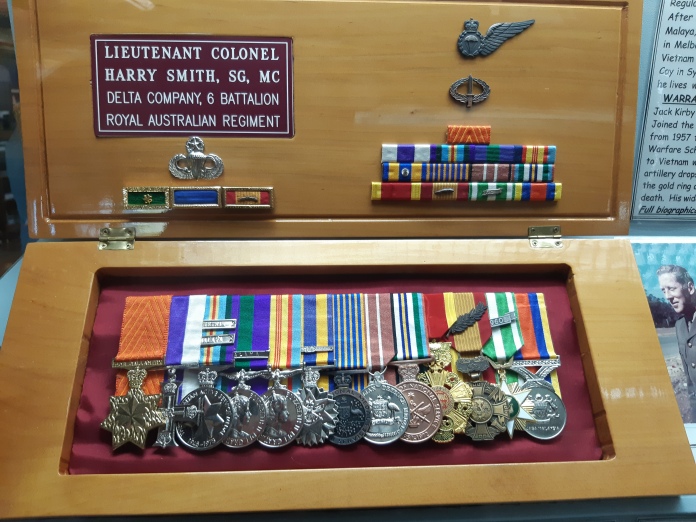 James Runham witnessed a bank robbery and followed the robber being fired upon point blank and wounded. He received numerous death threats leading up to testifying at the trial. He has served in the Queensland Rural Fire Service through several natural disasters, been a Cadet Instructor for Naval Cadets and formed the Australian Bravery Association. His bravery in this particular incident saw him receive the Star of Courage.

Major General John Cantwell you may recall me writing about a long time ago. Cantwell served in the Persian Gulf War, the war in Iraq and commanded the deployment of Australian forces throughout the Middle East and during the horrendous Victorian bushfires of 2009. An extraordinary man who has worked through PTSD. I once went to a welcome home parade for troops from Operation Slipper, Australia’s operational deployments to Afghanistan. I was absolutely delighted to see a retired General Cantwell at the head of it marching in uniform. This will sound extremely stupid but I had wanted to give thanks to those who served and having him be one of them was such a delight and surprise. 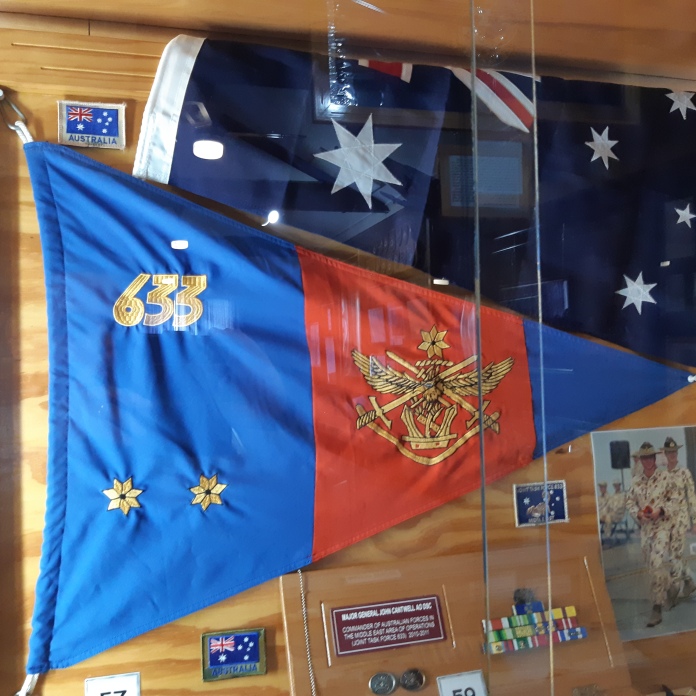 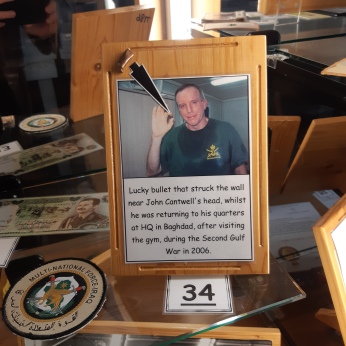 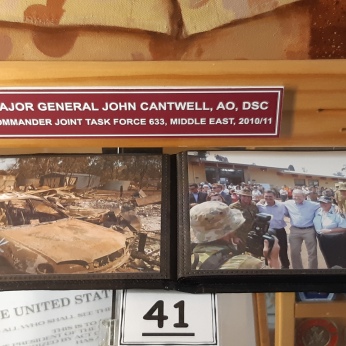 Scenes from the Victorian Bushfires in 2009. Copyright Lloyd Marken. 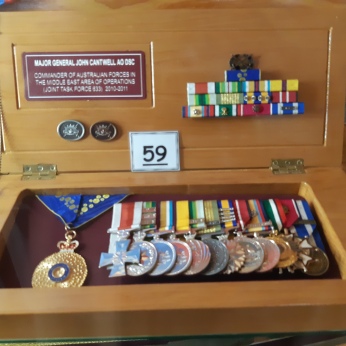 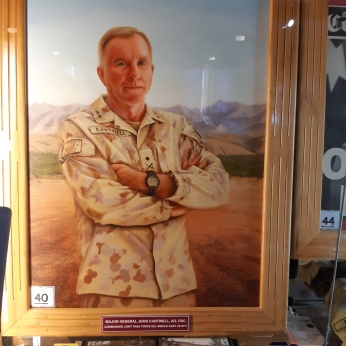 All of these individuals have shown exceptional courage and shown lifelong service to the community at great risk to themselves. Just like nurse Dan Collins.