Some films arrive at Brisbane International Film Festival having won at Cannes or made a splash at Sundance and expectations can be high. Films like Chop Shop or 4 Months, 3 Weeks and 2 Days. Most come with some kind of buzz or recognition but you don’t know what film you’re really going to fall in love with until you see it. That was how it was like for me and the formerly mentioned and S21: The Khmer Rouge Killing Machine and Black Ice and The Love Crimes of Gillian Guess and Away From Her and Joan Rivers: A Piece of Work. 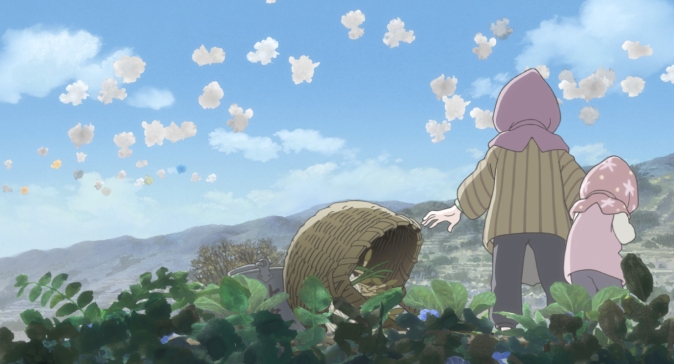 IN THIS CORNER OF THE WORLD: Again Mike was steering me to good things with his recommendation of Japanese animated films. On a whim I choose to see a Japanese animated film that was screening at BIFF 2017. On a quiet Sunday afternoon 27AUG2017 Karen and I arrived at Palace Barracks for a 12:45pm session and I saw the best film of the year. Set before and during World War II, it followed the story of one young girl’s personal growth into a woman set against the backdrop of Japan’s transformation during those years ending with the agony of defeat and the simple need to rebuild no matter the trauma if there is to be a better tomorrow. A film that took Japan 70 years to make but it is a timely reminder of the true losers in war and the hope that comes from tomorrow. I was later lucky enough to have my review of the film published in the magazine FilmInk but I never see truly happy with the words I use to recommend it. See it for yourself.

CITIZEN JANE: BATTLE FOR THE CITY: Monday night after work Karen and I went to Palace Centro Cinema 7 to see the American documentary Citizen Jane: Battle for the City at 6pm. Some good documentaries have screened at BIFF and Citizen Jane had a lot to say about rising populations and the urban housing projects of yesteryear. There are many lessons that could be learnt from the showdown between activitst Jane Jacobs and urban planner Robert Moses in mid-20th Century New York that is relevant to today. Yet as the film went on I found myself asking for a different viewpoint, it seemed the film lacked any nuance or alternative argument. It wanted to celebrate Jane and belabour these foolish men who had built buildings but torn down communities. A under-resourced but indomitable spirit and intelligent mind going up against big interest groups is compelling to be sure but I couldn’t help but feel there was more to it than that. That Jane Jacobs had got it right and if not for her efforts we would have lost out more but why she had to fight, whether there were good intentions gone wrong there, what the solutions ultimately are for us now in the 21st century I felt the film could have gotten into a bit more. By not presenting somebody from the other side arguing their case you don’t really have a debate that you win. Just an echo chamber that feeds your narrative. Still maybe I was tired, I think I may have nodded off for a little and it wasn’t a bad film by an means.

THE WAY STATION: Wednesday night 30AUG2017, 6pm we went to Palace Barracks Cinema 1 for The Way Station from Vietnam. Trumpeted it as a seminal moment in the history of the Vietnamese film industry it was a gala screening we attended. Directed by Hong Anh a famous actress in Vietnam it won best film, best actor and best cinematography at the ASEAN film awards. Not bad for her feature debut. It follows the story of a young man who gets work in the kitchen at a small restaurant and starts to learn the secrets of the compound he lives and works in. It was a passion project for Hong Anh and it deals with ideas of gender, sex and family. We had a Q&A afterwards with Hong Anh and 2017 Festival Co-Director Maxine Williamson and something that impressed was her discussion of how to shoot the space of the restaurant.  For me they did a great job of keeping it interesting, maintaining clear sense of geography and also bringing forth such a strong sense of place that it almost becomes another character. In some ways this a tragic story and I can’t deny that it was not one of my favourites but it was shot well, had interesting ideas and took me to another small pocket of the world I had never been in which I what I love best about the films I see at BIFF. Afterwards we came outside to eat food put on by the nearby Libertines which Karen and I both love. These included little bamboo boats with mushrooms dumplings inside them.