Every year the charity Lifeline has an event where they sell old books at the Brisbane Convention Centre. The Lifeline Bookfest “is the biggest fundraising event that supports the 24 hour Lifeline 13 11 14 Crisis Support Line. This life-saving service offers suicide prevention and bereavement support over the telephone as well as family and crisis support – 24 hours a day, 365 days a year.” (taken from their website) I went many years ago and snapped up a few bargains and promptly they went in a cupboard and then got tucked even further away. Never read.

I had picked up a Michael Caine autobiography What’s It All About? because I knew he had served in the Korean War and had flicked through the book and noted there was something about this in there. Earlier this year I was in the process of decluttering and I got rid of some books and found the books I had bought at the Lifeline Bookfest and decided to place them in my living room and start reading them. I am touched to find scribbled on the front page a message from a Mum giving the book as a Christmas gift to her daughter in 1992. Somehow this makes me feel more privileged to have come into the possession of it since it was bought with love at some point as a nice gift. I had just gotten back into book reading thanks to my own birthday gifts The War For Late Night: When Leno Went Early and Television Went Crazy by Bill Carter and Letterman: The Last Giant of Late Night by Jason Zinoman (great books by the way).

I was just about to leave for London and found in the short time I started reading it I couldn’t put it down. I took it with me on the flight over even though I only had carry on luggage and as a hardcover it took up some space. I have finished it now a while back not long after my return and thought I would share some thoughts since I believe it is one of the best books I ever read. 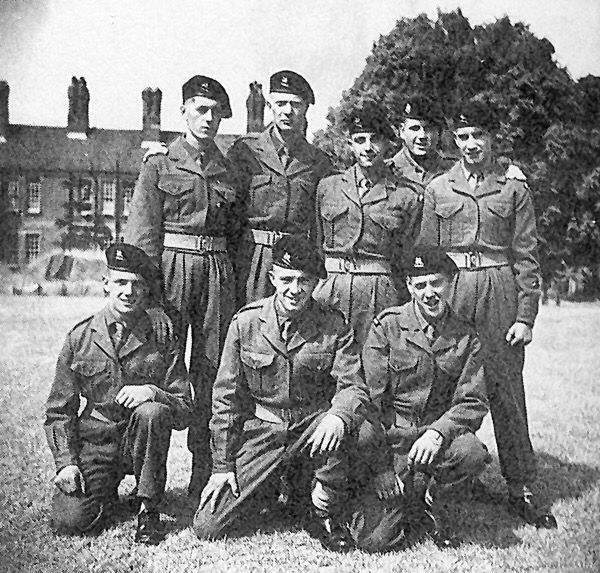 It was published in 1992 with Caine well into middle age and at a reflective point in his career and life. His mother had just passed away, his career was slowing down and his youngest daughter was coming of age. From the first page as Caine described his earliest memories I was hooked but I wondered if when we got to Hollywood would the book become boring? Details of a boy growing up during the Blitz or a struggling actor making court appearances would possibly prove more interesting than having lunch with John Wayne. I needn’t have worried because Caine as a veteran raconteur always looks for the human elements in his stories. His stories of Wayne are terribly moving. Hell even Margaret Thatcher just becomes an apron draped busy body hostess, memories of unemployed miners not even mentioned. Except well they are. Because while Caine now entertains royalty and owns Rolls Royces he remains a Cockney kid with a chip on his shoulder and an actor who was on the dole at various times for 10 years. He remembers having nothing to his name and it informs the things he imparts to us. While shooting The Man Who Would Be King in Morocco he had a local driver and at the end of the shoot the locals went to the continuity girl who back then shot with a polaroid. The locals would get pictures of themselves with their employers signed and would use these to get work on the next international production to roll through their town. I don’t think other stars would think to include this in their biography close to 20 years later but Caine does and such stories are part of the reason why this bio remains entrancing. I dare not spoil all the stories here but you really must read it for yourself.

Caine comes off looking pretty good even with his delight in bedding several girls in the 1960s and then hypocritically insisting he does not go for the kind of girls Alfie went for because they had no self-respect. We see a survivor who endured an awful lot before his big break. An ingratiating personality full of jokes and self deprecation. At another point he tells a valuable lesson given to him by a director on a film set that those with egos simply couldn’t admit to. Most of all we see a family man first and foremost who would do anything for a true friend. As he relays his new lifestyle and how much he was being taxed we understand why he left London for L.A. and why he was always destined to return. Good films and bad films are similar in that they often require leaving home for months at a time, hours on set waiting for set-ups and hanging with others at craft services. A great film will get you excited about the role and process but it’s a job like any other. As much as Caine revels in great memories of great films he did like Zulu, Alfie, The Man Who Would Be King, Sleuth, Educating Rita he also relates fond memories from films long forgotten by the public whether it be an illustrious co-star, an interesting role or an exotic locale. He makes you understand why sometimes he took the money. He once said of the truly horrible Jaws: The Revenge “I have never seen the film, but by all accounts it was terrible. However I have seen the house that it built, and it is terrific.” That makes sense and it makes even more sense when you read the book.

I actually wept a few times during the reading of this book as he relays deaths and close calls with loved ones. Caine effortlessly makes you laugh and makes you cry. You maybe surprised to find that Caine at one point lost his marriage, his child, his job and then his father as he approached 30 which in those days was a terrible old age to be living at home with your parents.

He could not sink any lower as he stood in a hospital room watching his father die from cancer. He was handed his father’s personal effects which amounted to a few quid. His father served in the Army in the 1920s making Bombardier and being posted to India. He returned home and got a good job in the fish markets. During the war he served in Dunkirk, North Africa and Italy. He gambled though and so after a lifetime of work he had nothing to show for it. They didn’t even own the house. His son Maurice walked down the corridor out of the ward determined to make something of his life. Not everybody will be afforded his fairytale turn of events but I still think there is a lesson in this for us all and one I certainly find heartening in my current circumstances.

When Michael Caine went to be knighted in 2000 he did so with his real name. He said at the time “I was named after my father and I was knighted in his name because I love my father. I always kept my real name – I’m a very private and family orientated person.” Maybe that is what it is all about.

P.S. There is a follow up book from 2010 titled The Elephant to Hollywood, another great read due to his ongoing charm and wit but not nearly as well written as this one. The follow-up feels like a journal with a lot of recaps of events from the first book but this time with more a realistic remembrance rather than the evocative memories of the first book. Maybe literature had suffered in the 18 year period but they’re both good reads and the latter has interesting stories about the making of The Quiet American and Harry Brown. Trips to India and time in Miami. Old friends getting older and his take on Australians. Apparently we have a pretty straight forward way of looking at things, one night while shooting in Australia and enjoying some mud crabs for dinner he asked his Australian waiter why such a delicious meal was given such a basic name. The waiter paused for a second and then surmised “Well I reckon it’s because that is where they’re from and that is what they are.” You can’t argue with that logic.

19 thoughts on “MY NAME IS MAURICE MICKLEWHITE, NOW THERE’S NOT A LOT OF PEOPLE THAT KNOW THAT”