“Who’s that guy? I’ve seen him before but I don’t know where.” is a refrain used often when recognising character actors. Traditionally although not exclusively they’re interesting and dynamic performers who lack movie star good looks, maybe a charismatic persona (although arguably they do) or just that lucky break in their career. Often they’re regulated to similar types of roles, positions of authority, henchmen, working stiffs, parents in teen comedies, ugly ducklings around the office, oddballs in the ensemble. The list goes on. Yet if they play in enough good movies and get enough breaks they sometimes eclipse these roots to become marque names in their own right or at least get supporting or lead roles in straight to video fare or off Broadway theatre productions.

Such an actor is Stephen Tobolowsky who you may recognise from this photo.

Or maybe more helpfully this.

That’s right Mr Tobolowsky played Ned in Groundhog Day, the annoying guy that Bill Murray has to meet every morning over and over again. That punch is the beginning of Murray’s character deciding to the test the parameters of his predicament.

Character actors specialise in this, communicating the backstory or type of character quickly with little set up, proving a useful even pivotal foil for the star and then fading away. As the Internet Movie Data Base notes Tobolowsky has often played “annoying business-men types that the heroes or villains loathe to deal with”. So it’s interesting to note he’s played bad guys in action films like Bird on a Wire

or Glimmer Man of which there is an interesting story that you can find his quote about on IMDB. Probably his most successful roles and most substantial roles came in the late 1980s early 1990s but he had parts throughout in The Philadelphia Experiment, Spaceballs, Mississippi Burning, Welcome Home, Roxy Carmichael, Sneakers, Basic Instinct, Single White Female, Memento. Over the past decade he has worked more in television and probably become more well known as a result having re-occurring parts in Deadwood, Glee, CSI: Miami, Heroes, Justified, Californication, The Mindy Project and Silicon Valley to name a few.

IMDB can give you a lot of information on his career so rather than crib from them I will simply discuss some favourites of mine.

Community is a television show about adults going to community college to get ahead in life. One of the characters Abed (Danny Pudi) often makes meta references about the nature of television story telling and riffs on pop culture ensure. The best season is arguably Season 2 and Tobolowsky appears in a classic  episode Competitive Wine Tasting. Abed’s plot that episode is taking a class with Professor Peter Sheffield who teaches a class about Who’s the Boss? the TV show. Abed takes it upon himself to disprove the teachings of Professor Sheffield with predictable results. It’s not a showy performance per se but Tobolowsky like all great character actors shows up like he’s always been there, tells the story and disappears at episode’s end. It’s just if he wasn’t that good they wouldn’t have put him in that episode. Characters like that need good actors or the whole show fails. 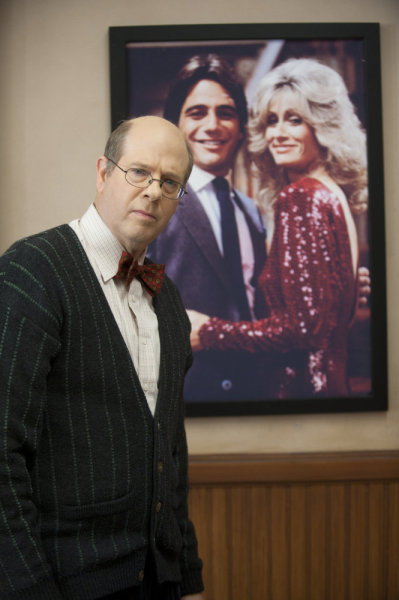 Finally of all the great Tobolowsky’s performances he’s given us there’s a special place in my heart for Max who is Hal Slocumb’s partner (Harvey Keitel) in Thelma and Louise. They come across as two professionals, familiar with each other but different in temperament. In a scene where they were running up to a doorstep in the rain Keitel playfully pushed Stephen off the path unscripted. The kind of choice an actor will make to establish a history and rapport between characters in a quick throwaway moment. Later Hal and Max are briefing Thelma’s no good husband Darryl (Christopher McDonald)about how to talk to her on the phone to try and get information about her whereabouts. The scene is a masterclass in subtle acting from McDonald, Keitel and Tobolowsky as they slowly show the growing disdain the two detectives have for Darryl and him trying to hold onto some sense of their respect. It ends with the deadpan “Women love that shit.” delivered by Tobolowsky.  The choices made by the three actors here set up later scenes well.

Stephen Tobolowsky continues to work, happily married to his wife character actress Ann Hearn since 1988 with two kids, Stephen has some interesting real life tales of when he almost bit the bullet quite literally. 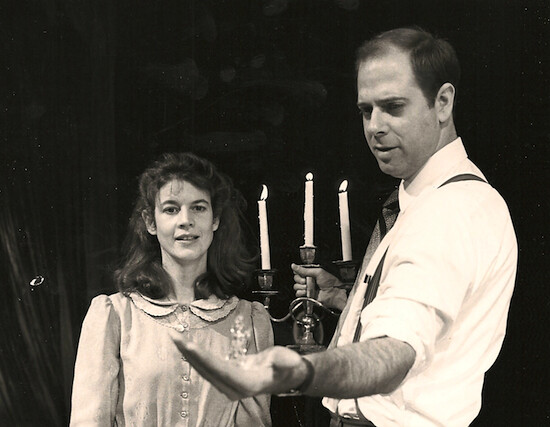 You can most likely hear some of them via his podcast The Tobolowsky Files where he relates personal behind the scenes stories. No matter what role, big or small Tobolowksy brings something unique and special to every one. Do you recognise him and do you have a favourite performance of his that you would like to share?