You’re going to hear a lot of talk about Paul Dano’s performance as a young Brian Wilson in Love and Mercy and it is all well deserved. He is the anchor of the scenes set in The Beach Boys early days as Brian retreats from performing and sinks into making the masterpiece that is Pet Sounds. We see a shy young man wrestle with his demons in a different time and place. There must have been a great burden placed on his family at the time and don’t kid yourself Brian got heavy into drugs and partying. The film focuses more on his obsession with making an album that would be like nothing anybody had ever experienced and fending off pressure from his bitter father and exasperated brother. These are choices made to make him more sympathetic perhaps but also to show cause and effect. John Cusack’s older Brian Wilson later says “I wasn’t a good father.” We don’t go further but there is child-like honesty and simplicity to that. He was sick and he lost his family and now here he is. John Cusack is one of the most likeable actors in the world and when he speaks with a child’s straight forwardness about these things we feel sorry for Brian’s loss and maybe don’t think too much on how hard it must have been for his family too. You couldn’t necessarily earn that sympathy with another actor.

Cusack’s Brian has regrets and there is an authenticity in having the older Brian played by an older actor. None of the people present in the Dano’s sections are seen in the Cusack years and vice versa. They’re separate stories, one about creating an album and the onset of an illness. The other a love story about the triumphant re-emergence of Wilson from that illness albeit not without some of the years having ravaged him. Period settings, film stock and different actors definitely set these two stories apart and yet as we build to both conclusions we can clearly see the connections being made. “Give me a child until he is seven and I will give you the man.” – Jesuit Motto

I’ve been a big fan of Elizabeth Banks for a long time and this may be her best performance yet going toe to toe with great actors like Paul Giamatti as Dr Eugene Landry and Cusack. The latter has a puppy dog charisma that draws Bank’s car saleswoman Melinda Ledbetter to him but it is an odd world the older Beach Boy lives in. Banks is able to communicate how tempting it would be to walk away and why as a strong woman she found herself patiently navigating Brian’s world. The extent of Dr Landry’s control gradually reveals itself setting up an inevitable showdown. When it comes on two sides of a closed door Elizabeth Banks steals the fucking movie from everyone. Please somebody give this woman a blockbuster with her in the lead! Cusack finds small notes here, in a lot of ways he lacks agency in his own story and puts aside vanity to be insulted or drugged in certain scenes. A key scene is when he becomes manic with worry that Eugene will punish him and you can see how confusing this would be for Melissa and how urgent this threat is to Brian. 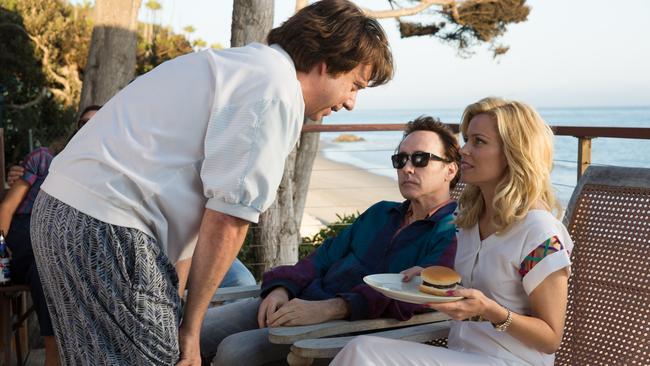 Love and Mercy is well written and well directed by Bill Pohlad but it is the performances that make or break such a film. This movie soars thanks to them.