A few weeks before BIFF 2008 one of my work colleagues at QUT came into the front office. We asked her about her weekend as you do on a Monday morning and she mentioned she had been to the High Tea in town. She showed us a couple of photos which included one where and she and one her companions went to a make-up stand and got done up. There was also a group photo from before that. I sat there thinking that she and her companion looked beautiful in both photos but that the companion looked better in the first photo before the make-up stand. Her companion was really beautiful to me. After a few minutes my colleague thought out loud “Actually I think Karen might look better in the before photo.” to which I blurted out “Yeah!”.

It’s funny how one sentence can change the trajectory of your life but my work colleague picked up on this reaction and mused. “Actually you worked in hospitals and Karen works as a speech pathologist and you both like movies.” I had been single for 8 years. Don’t get me wrong there had been women in my life, some of them truly wonderful and some that I wish I had been better with, as I often would say “I”ve had dates and mistakes but no girlfriends.” Little did I know I had just seen a picture of my next girlfriend. I also look back on my 20s as being part of two social groups. One group of perpetually single men and one group of long term couples. As a result I’ve always tried to introduce my single friends to each other but in the end I think people just have to connect on their own. I did not, I was helped by this work colleague enormously. She was the same person who remarked I was not going to be able to get to Alvin Purple before it started. Knowing that I was going to a lot of films she must have known there was a good chance of running into me at BIFF. How well she planned I do not know but it came to be she was going to Palace Cinemas the same night I was the 4th of August. She mentioned we might run into each other and that this Karen would be there. The stage was set.

SMALL GODS: I left work early to get to a 4:30pm showing of Small Gods from Belgium at 4:30pm. Directed by Dimitri Karakatsanis it was essentially a road trip movie with a dream like quality to it, a low budget film with beautiful shots of the surrounding landscapes. I struggle to remember a lot except that it was good.

When I came out of the cinema I looked over at the waiting area and there was this Karen off in the distance. I darted off down the stairs into the men’s room where I sprayed copious amounts of Lynx Accelerate and wet my hair to slick it back and up. I was wearing a vest and overweight. Maybe I had a suit jacket too, who knows. I went back up to find them and ran into my work colleague also named Karen on the stairs who called out to me. We stood and spoke on the stairs when Karen came up to us with a bunch of doughnuts. When asked how they were, she said not very good. She was beautiful in person as she was in her photos. I tried to play it cool and maybe this worked to my advantage. Weeks later she saw me waiting with flowers on our first date and just thought I looked so adorable. They were there for a gala screening of Caramel from Lebanon in Palace 1. This was quite fortunate as it didn’t mean they were going into the same cinema as I exited and meant there was more time maybe. I had never gone to a gala screening preferring to save my money for more movie tickets although often during BIFF 2008 I would go and eat at the restaurants near Palace Centro. We talked for a while and then they went off to their movie.

Apparently Karen told Karen B “That she thought I was cute and had she considered dating me.” to which Karen B burst out in laughter. Karen decided I was probably gay. I went downstairs and called my best friend Mike and talked for several minutes. The whole experience had been kind of nerve wracking but having gone through it I now revelled in the excitement. I decided I needed to get out there more and meet people. I went to a restaurant nearby and ate dinner, writing reviews and stories in my notebook trying to look interesting and artistic in case the Karens came back down before I went in to see Wendy and Lucy at 9:30pm in Palace Centro 2. According to the program the next film in Palace 1 was at 9:10pm but I did not see come across them again before going in to Wendy and Lucy. Maybe I missed them in the crowd, maybe they were long gone, I have no memory except of delicious food on a table from the gala.

So the stairwell holds a lot of sentimentality for my wife and I. I even got to mention where I met my wife to Palace CEO Benjamin Zeccola last year who as a bit of a romantic was pleased to hear that a couple had met in one of his cinemas. I have a lot of wonderful memories of BIFF too, for me I mostly think of my Volly days first and foremost but it is true that I met my wife at BIFF 2008.

WENDY AND LUCY: From America this showed a game Michelle Williams of Dawson Creek fame (she’s gone on to other things since then) playing Wendy who ends up homeless in Oregon. Lucy is her dog, a prized companion and where she can spill  all her emotions on to. Shot on location with minimum fuss but classic framing from director Kelly Reichardt this is a film that captures the fragility and vulnerability of those who slip through the cracks in our society and how a little kindness or cruel indifference can change fortunes. It’s a need for the mundanity of real life pacing gave it an authentic feel but also made it a meandering depressing experience for the most part. One of those films where you respect the message and the craft on display but don’t necessarily recommend it as a stirring piece of entertainment either. 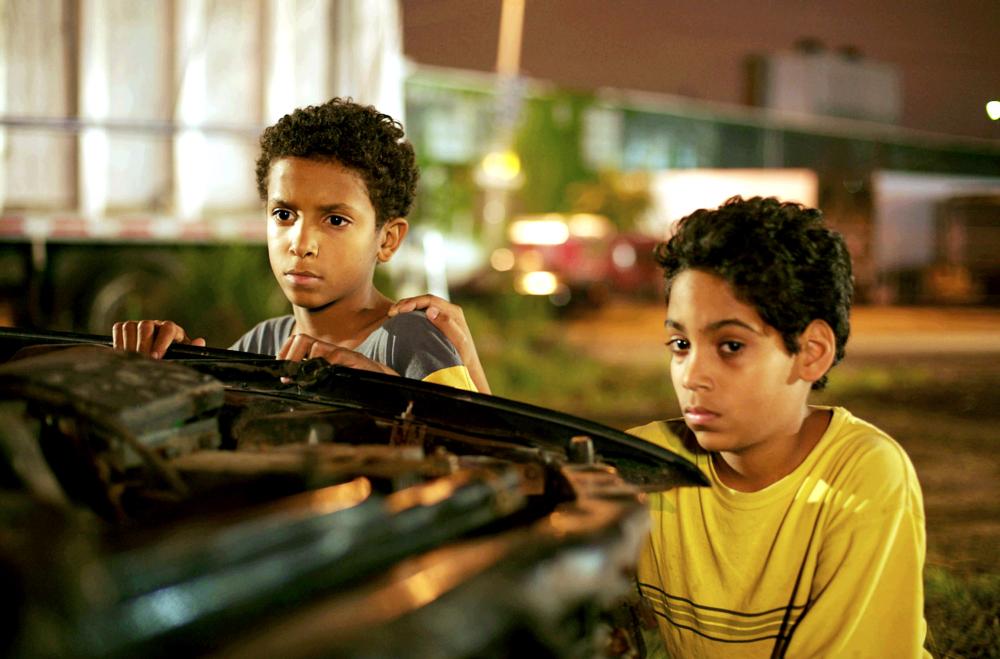 CHOP SHOP: Tuesday 05AUG2008 at 6:30pm in Palace 1 again I went and saw Chop Shop which I thought was going to be in some third world but was actually set in poor areas outside of New York city. The Iron Triangle in Queens with a large sports stadium looming in the background sometimes. Unlike Wendy and Lucy, Chop Shop was a far more engaging affair investing in conventional narrative while also capturing real life people from the area on film. Director Ramin Bahrani who co-write it as well did an excellent job telling the story of a young boy named Ale who is trying to etch out a living with his sister Izzy in the area with little education or prospects. These are survivors, fighters who never feel sorry for themselves and have pride. All the more heartbreaking then to live in the reality of their situation or seem them come undone by circumstances. A neorealistic take, I don’t know the life stories of the central performers but their real life names Alejandro Polanco and Isamar Gonzales are the same as their characters. It’s been ten years, I wonder where they are. Somehow I am hopeful, these people have more intelligence and self-reliance then I could ever hope to develop. One of the best films of the year.