His name is Ricky Baker (Julian Dennison), he’s a big kid who’s had it a bit rough, he’ll tell you he doesn’t care about anything, ready to argue with anybody who puts him down and he’s constantly using words from pop culture to describe himself as a bad-ass street kid. Aunt Bella sees right through him in 10 seconds flat. A home maybe the most important thing you can give a child and by that I don’t mean a nice house to live in. Bella (Rima Te Wiata) lives with Hec (Sam Neil) who was a wanderer who used to live in the woods before he met her. Kids are not the only ones who need a good place to call home.

Uncle Hec is even more standoffish than Ricky and the film remarkably even features him saying bitter emotional words to the young boy at times when a more mature adult wouldn’t. Some films wouldn’t stay true to his character nor some actors. I’m used to seeing Sam Neil be urbane and smart but quite enjoyed him playing against type while returning to his homeland to star in a big local production. There’s a nice moment they share up on a mountain where Hec reflects on who they are and what life holds for them. This is a film that remembers you have to have a first act for the rest of the story to matter and time is taken here to beautifully set up an important dynamic between these three characters that is very touching.

For reasons I won’t disclose here Ricky and Hec end up on the run in the New Zealand woods on a boy’s own adventure and there’s something nicely retro where a kid’s tale is mostly spent camping in the wilderness. They’re pursued by child services led by Paula  who is rigidly villainous but is given a spirited performance by actress Rachel House and delivers my favourite line of the whole film.

The rest of the cast is uniformly excellent but it is Julian Dennison who steals the show. It is a fantastic lead performance full of great humour and attitude before repeatedly hitting you with unexpected touching pathos. 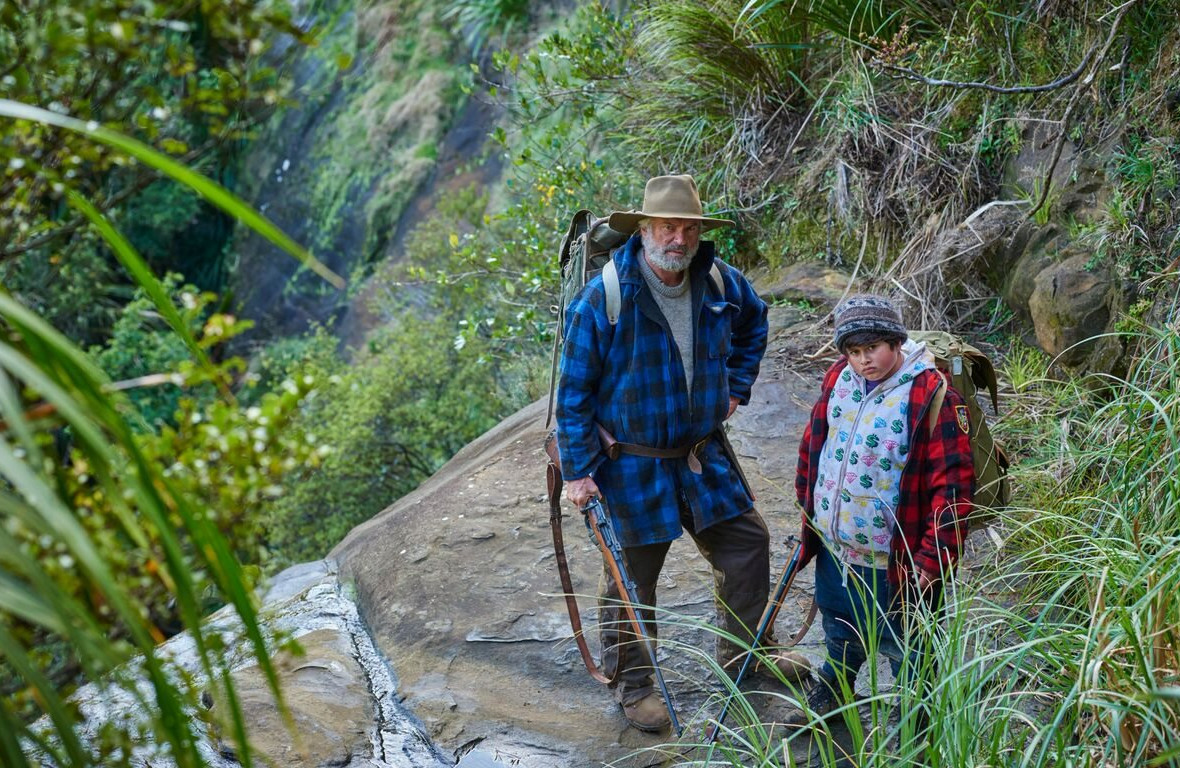 The film is like a Hardy Boys tale for our time with playful film techniques including a Hunger Vision, a troubled youth for a lead, pop culture references and one spectacular car chase. Inherently a Kiwi tale with an appealing story that is universal to all cultures. Hunt for the Wilderpeople is a charming film from beginning to end. Utilising the budget well, the New Zealand countryside hasn’t been captured this well on film since it was called Middle-Earth. The car chase alone is probably the biggest ever filmed in the country where even the NZ Army have loaned out their only two armoured vehicles! 🙂 I kid cous.

When the film’s director Taika Waititi was announced to be directing Thor: Ragnorak I hadn’t heard of the man. Well I’ve heard of him now and I look forward to his next films. As you for Ricky, you may not have chosen the Skuxx Life but you sure make it sound appealing. Big kids need homes and good movies – this is one.