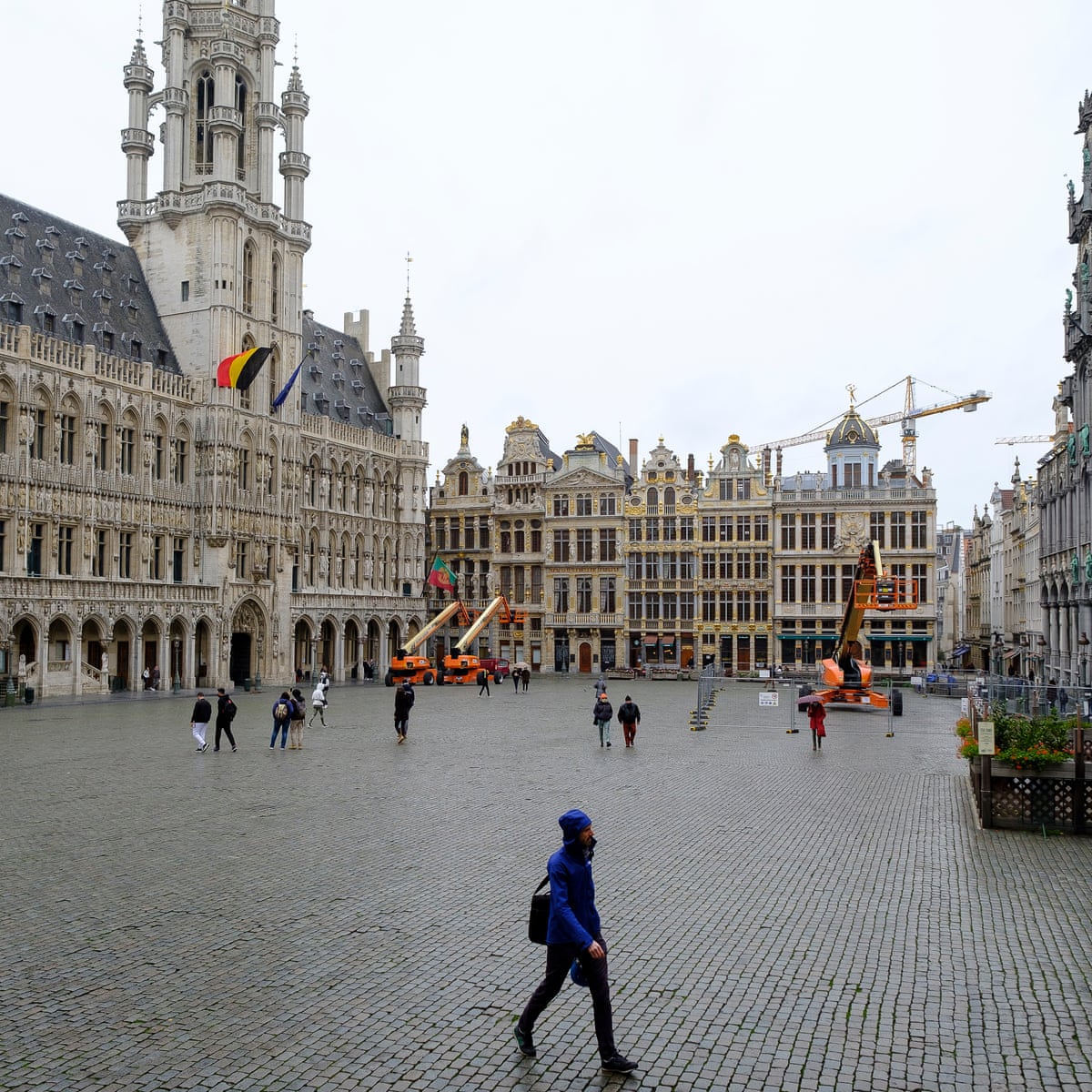 In New South Wales a hotel quarantine worker at the Sofitel Hotel tested positive to COVID.

What was noteworthy about the case is the man had already been vaccinated.

Although let’s unpack that a little.

The security guard received his first Pfizer jab on the 2nd of March.

When he tested after most recent shifts March 5th and 6th going into the early hours of the 7th he tested negative after those shifts.

When he returned to work on the Saturday he tested positive.

That’s one jab of Pfizer less than a week earlier when he most likely became infected and the Pfizer jabs works on a basis of two jabs three weeks apart with full effectiveness reached a week after the second jab.

“[This is] obviously good news, but you should be aware the antibody reaction required from vaccination doesn’t get confirmed or doesn’t achieve its maximum [until] some time after the first and second vaccination,” noted New South Wales Health Minister Brad Hazzard.

Add to this is the simple fact that medicos are advising particularly with the new strains, vaccinations don’t stop you from getting COVID they stop you from hopefully coming down with a severe case with it.

“As we have said all along, vaccination helps but it does not necessarily stop you getting the virus,” Hazzard said. “While we are still learning how the vaccines impacted transmission, what we would hope for … is if you are vaccinated, you probably don’t have such a high viral load, you are protected against severe illness. Your viral load may well be lower and, therefore, it will potentially stop you transmitting it to the same degree. But a lot of this work is still being looked at and the science is being worked through as we literally speak.,” advised New South Wales Chief Health Officer Dr Kerry Chant.

It’s why the measures we have in place will have a part to play in our daily lives for many a while yet.

One hundred and thirty hotel quarantine workers who worked the same shift with the guard on Friday March 12th going into Saturday morning were getting tested and isolating.

Contract tracing was underway for the locations the guard had hit in between his negative and postive test results.

The Australian Broadcasting Corporation reported there had been 136,000 people go through the 14 day hotel quarantine since March 2020.

There had been 5,048 cases in New South Wales during the pandemic.

This case ended a 65 day streak of no new locally acquired cases. 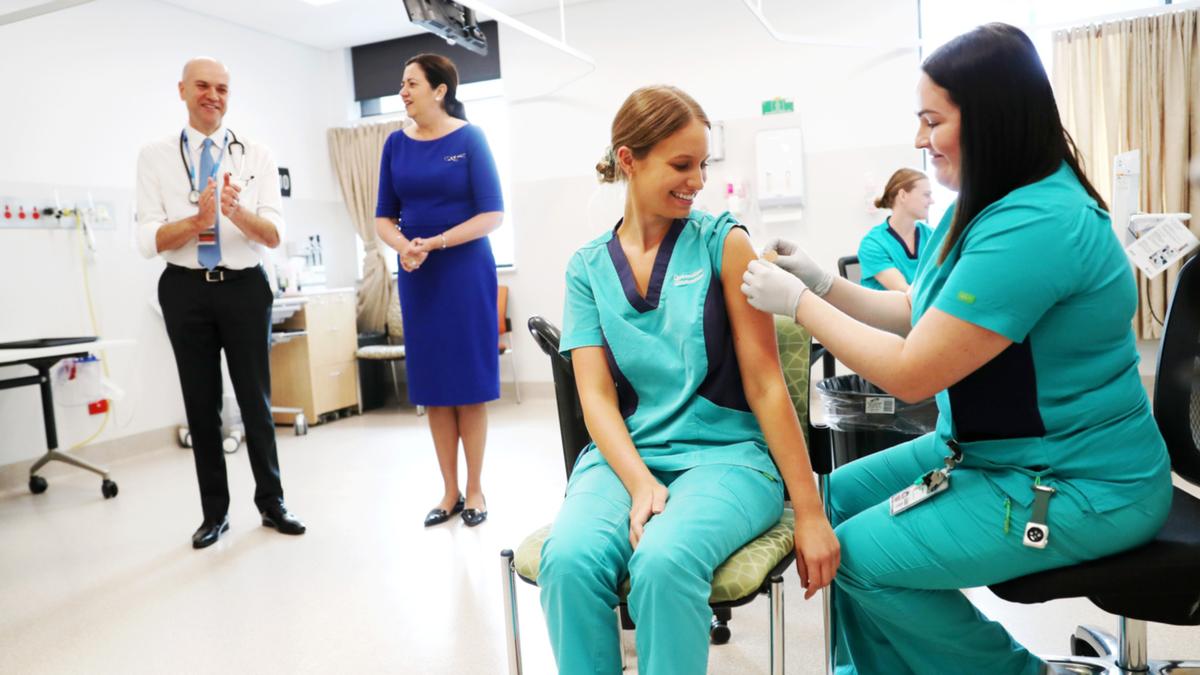 Speaking of second shots of Pfizer.

Tuesday in Queensland nurse Zoe Park the first receipent of a Pfizer jab in Queensland received her second shot three weeks later along with several other health care workers.

Channel 9 News Australia reported 22,000 of 37,000 health care workers that came under the 1A grouping had received their first shot.

New South Wales had vaccinated 37,000 in the same time period.

Queensland Health Minister Yvette D’Ath advised the state government was on track to complete 1A vaccinations in a fortnight.

Good news given the PA case.

Four hundred close contacts had been identified from that case and were getting tested. About 58% had come back negative.

Tensions between state and federal government consultation were raised.

“Last week I was told these trays weren’t going to be delivered but it’s arrived in the last hour. So its changing daily,” D;Ath advised.

There were no answers yet on what caused the outbreak at the Hotel Grand Chancellor.

To our north there was growing concern of rising COVID numbers in Papua New Guinea.

Five hundred recent tests in the country had returned 250 positive results. Of 36 active cases of COVID in Queensland – 18 could be linked back to Papua New Guinea.

The Australian government moved to provide support to their neighbour with $500 million dollars worth of foreign aid.

On the 16th of March, 2021 the World Health Organisation reported there had been 2,351 confirmed cases with a daily increase of 82. There had been 26 deaths.

Having only days earlier seen the first AstraZeneca vaccinations take place in Australia, European nations were suspending the roll out of the vaccine.

Italy, Germany and France, Cyprus and Slovenia along suspended its use pending assessment from the European Medicines Agency which were meeting on Thursday.

Spain had suspended use for two weeks.

The side effects cited included blood clots, there had been deaths following vaccinations.

The language of the national leaders struck a tone of precaution but indicated they expected the measure was temporary.

Hospitals in Paris were almost beyond capacity, Italy was in lockdown and there was already a supply issue of getting enough vaccines across Europe that suspending the use of AstraZeneca excaberated.

“As of today, there is no evidence that the incidents are caused by the vaccine and it is important that vaccination campaigns continue so that we can save lives and stem severe disease from the virus,” WHO spokesman Christian Lindmeier said.

The European Medicines Agency reported as of March 10, 30 cases of blood clotting had been reported from 5 million Astra Zeneca vaccinations across 30 European countries.

“Blood clots can occur naturally and are not uncommon. More than 11 million doses of the COVID-19 vaccine AstraZeneca have now been administered across the UK, and the number of blood clots reported after having the vaccine is not greater than the number that would have occurred naturally in the vaccinated population.” said Dr Phil Bryan who was head of vaccine safety at the UK’s Medicines and Healthcare products Regulatory Agency (MHRA).

AstraZeneca itself reported out of 17 million vaccinations, 15 events of deep vein thrombosis and 22 evetns of pulomonary embolism. 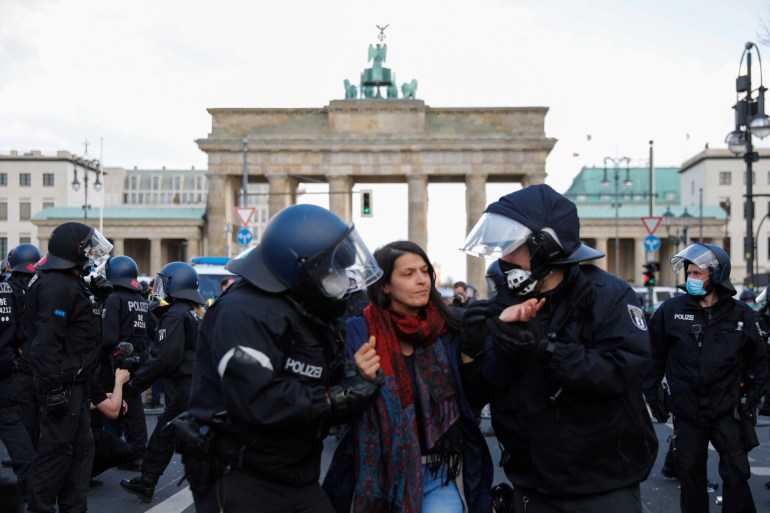 Professor Anthony Harnden who was deputy chair of the UK’s Joint Committee on Vaccination and Immunisation (JCVI) had some strong words regarding the suspension of AstraZeneca.

You cannot stop and start vaccination programs without losing some public confidence,” he told the ABC.

“There will be many, many people in Europe, [who] feel now that the Oxford AstraZeneca vaccine is second best … which is patently untrue. I have no doubt that Europeans have died because of some of these decisions. They have large portions of their vulnerable elderly population unprotected because of an incorrect decision that they made about delaying the AstraZeneca dose in the elderly population. It’s going to affect us all, ultimately, if we have a huge amount of transmission and infection within Europe.,” he said.

There were significant national politics at play here.

Case numbers were down in the UK while rising on the continent with the dominant strain now being… you guessed it – the UK strain.

Certain poorer European countries were going to need to use AstraZeneca while a country like Italy for example was mostly vaccinating with Pfizer.

Even so the vaccine rollout in Europe had been going slower than in the UK.

For example Italy had been averaging 200,000 vaccinations per day before the suspension, it needed to double that to get to 80 per cent of its population vaccinated by September this year. 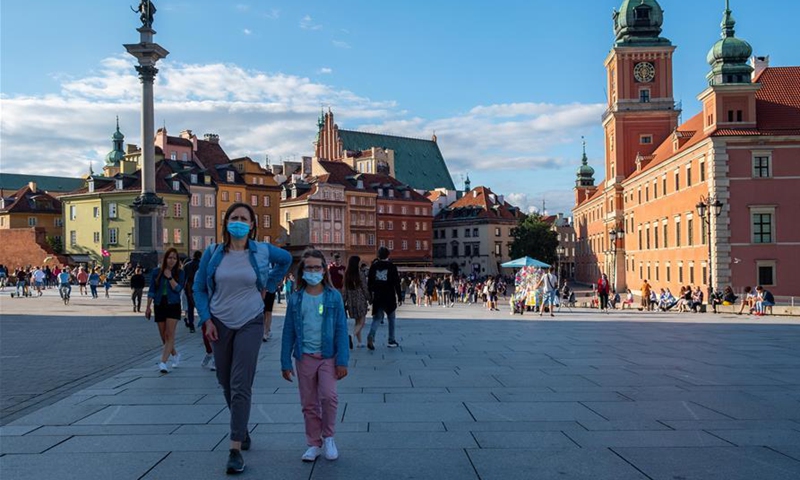 The European Medicines Agency report came out and its four main findings were the benefits of getting a vaccine far outweighed the risk of side effects, there is no associated increased risk between the jab and blood clots, no problem with batches or manufacturing but the vaccine may be associated with very rare cases of blood clots.

Following this out of the 13 countries that suspended the use of AstraZeneca, Italy, France and Germany advised they would resume its use.

Spain, Portugal and the Netherlands said they would start using it again next week.

“The Oxford jab is safe and the Pfizer jab is safe. The thing that isn’t safe is catching COVID, which is why it’s so important that we all get our jabs as soon as our turn comes,” Great Britain’s Prime Minister Boris Johnson advised in a press conference where he announced he would get vaccinated tomorrow at the very hospital where he had been treated for COVID-19.

France and the UK’s Prime Ministers and Slovenia’s President rolled up their sleeves for the AstraZeneca jab to help in restoring confidence in the vaccine following the suspension of its use in Europe.

France was back in lockdown.

Bulgaria had resumed AstraZeneca vaccination, out of a population of seven million only 355,000 of its people had been vaccinated – the lowest number in the European Union.

Places like Hungary and Bosnia were also going into lockdown as case numbers surged. The former had one of the highest vaccination rates in Europe.

On the 20th of March the World Health Organisation reported there had been 122,039,807 confirmed cases globally with a daily incrase of 552,244. 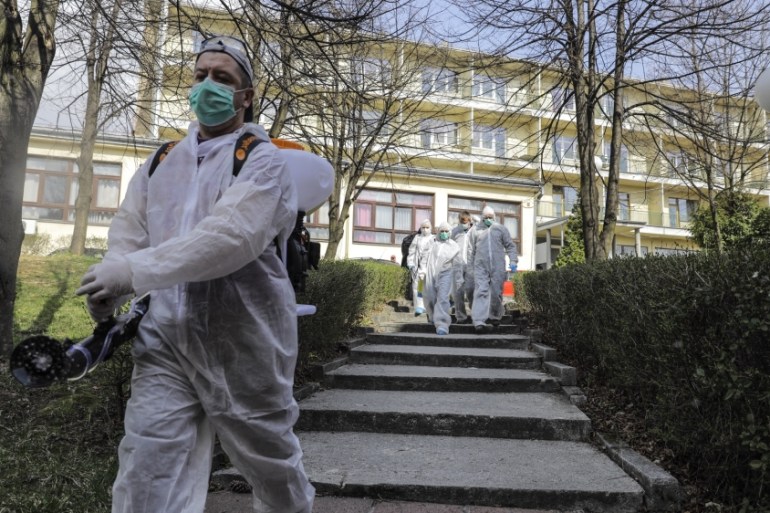 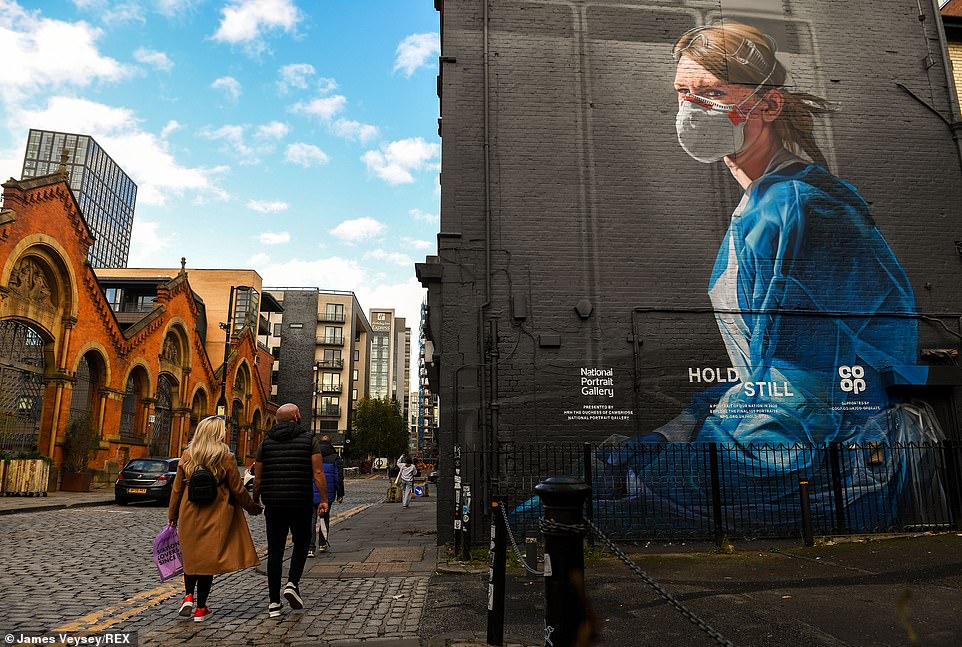 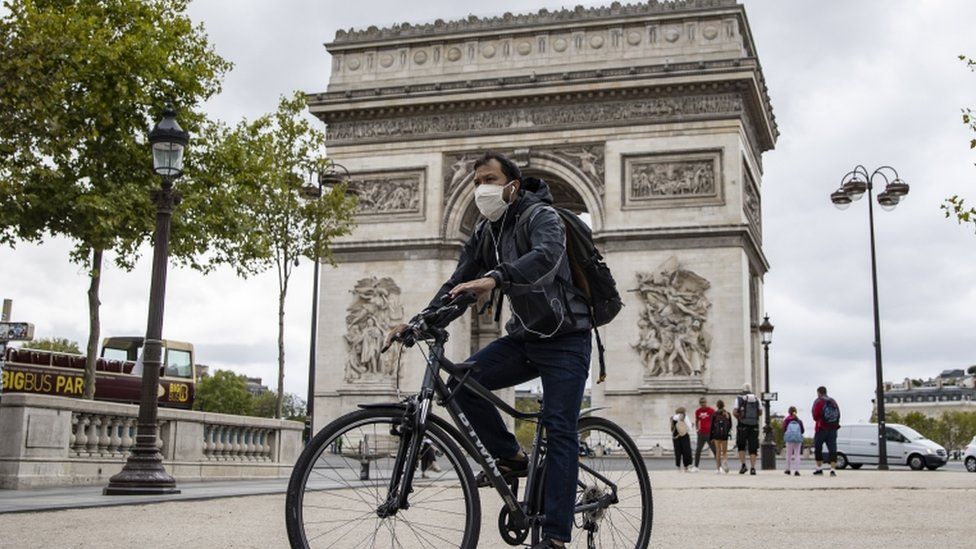 Most of Europe was not only experiencing surging case numbers but as bad as any their country had ever seen this past winter.

In Australia Prime Minister Scott Morrison annonced there all foreign travellers would be banned from entering the country.

Tasmania became the first Australian state to close its borders.