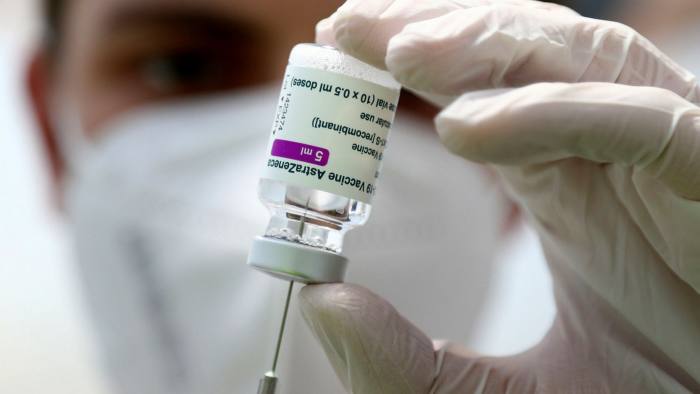 A New South Wales woman had died after receiving the AstraZeneca vaccine.

There had been 79 clotting incidents following 20 million jabs of the vaccine in the UK.

Now there had been three in Australia.

As the federal government looked to ramp up their vaccine rollout the numbers were daunting.

THe 40 million Pfizer doses of course were only part of 170 million doses we had on order.

It was unlikely we would receive all doses by Christmas but the end goal had to be vaccinating people as quickly as possible. Novavax was still unapproved, delivery numbers of Pfizer was less than ideal and now the AstraZeneca was not the preferred choice for under 50s.

Forty eight year-old Genene Norris of the New South Wales Central Coast had passed away from blood clots having received the AstraZeneca vaccine. On saturday The Therapeutic Goods Administration advised her death was likely linked to the vaccine. She received her jab on the morning of the 8th of April hours before the government changed their policy. She did have underlying health conditions including diabetes.

Her family made a statement, “We cannot believe that this time last week she was with us and now she is gone.”

There were three cases of rare blood clotting following over 900,000 vaccinations in Australia so far.

A woman from Western Australia and a man from Victoria, both in their 40s were now recovering.

“We have seen some hesitancy … particularly in the state-run clinics,” the Chief Medical Officer Professor Paul Kelly said in regards to shaken confidence in getting the vaccine.

“One of the crucial components about vaccine hesitancy, or the opposite vaccine certainty, is about understanding and knowing that if there is bad news, it’s told. That there is openness from people like myself,” he explained.

A recent Oxford University study had pointed out that getting COVID led to an even higher risk of getting blood clotting which Professor Kelly referred.

There had been 330,000 vaccinations carried out in Australia in the past seven days but anecdotally a Sydney GP told of a halving of his vaccination bookings.

“We need those vaccinations to be in people’s arms not in the fridges so I appeal to everyone to come in and get vaccinated because this vaccine is a safe vaccine,” Dr Rifi said.

National Cabinet meetings were scheduled to go every two weeks to work through vaccination roll out issues.

We reached 3 million deaths worldwide from COVID the same day.

April 15th had marked the highest number of new daily deaths in the country with eleven.

On the 29th of December the last COVID death in Australia had been reported.

April 14th, 2021 marked the first new death from COVID in the country since then.

The next day there were 273,810 new daily confirmed cases.1,619 new reported daily deaths.

Every day was a grim new record.

Every day in between a new record.

The World Health Organisation reported there had been 2,080,235 confirmed cases with a daily increase of 81,839.