The first of April was the third day of a three day snap lockdown in the Greater Brisbane region.

It was Thursday and the next day was Good Friday.

The populace waited to have it confirmed that the lockdown would end today.

The number of venues listed from contract tracing had grown significantly.

There was an arguement to be made that had a lockdown be called in the wake of the first case with the PA doctor on the 12th of March that the Byron Bay Bluesfest would have been able to go ahead. That less cases would’ve ended out in the community and travelled as far as Gladstone and Toowoomba.

But case numbers were low as testing numbers had jumped, contract tracing had been ongoing during the lockdown, previous snap lockdowns had seen similar dispersal of the virus far and wide and but ultimately succeeded in their outcome of being a circuit breaker for the disease. There was some anxiety that the lockdown would not end today but if numbers were low this mornign precedent suggested it was likely the Premier would announce it would end.

As you would expect I was working from home.

Queensland Premier Annastacia Pallaszczuk announced in the morning that there were nine new cases in hotel quarantine and only one new case of community transmission and therefore the lockdown would end early at midday today.

“I understand a lot of families in Greater Brisbane have made plans and the last thing we want to see are accidents on our roads at 5:00pm this afternoon and into the evening,” advised Premier Pallaszcuk.

As before following the snap lockdown there would be a period of continued restrictions to remain in place until April 15 like mask wearing when indoors and unable to socially distant.

Cafes and restaurants could have patrons dine in but they had to be seated and there was no dancing to be had.

There was a person per 2 square metre rule for businesses and churches to adhere to.

Household gatherings were limited to 30 people.

There would be no visitors allowed at prisons, hospitals, aged care and disability services for the next two weeks.

“We are not out of the woods yet. I’m asking Queenslanders, all Queenslanders, for the next two weeks if we all do the right thing, we can get through this together,” the Premier said.

Thirty four thousand, seven hundred and eleven tests had been carried out in the past 24 hours also giving confidence to authorities.

The two PA clusters now had a total of 20 cases linked to them including the new community case that morning who had been at the Byron Bay Hen’s party.

The Queensland Premier had requested an extension to the end of April in reducing the number of returned travellers returning through the state.

There were 82 active cases in hospital and 68 were returned travellers.

“That’s a real risk for us. I think we are the highest rate in the country at the moment with the most number of active cases in hospital,” said the Queensland Premier.

As it got near to the end of my working day an e-mail was sent out at work.

Near where I work is the Toowong village shopping centre where I get my morning coffee from Stellarossa Toowong. Sometimes I pass through the newsagency on my way there.

That newsagent had been listed on the Queensland Health website as a “casual contact” venue for Tuesday the 16th of March between 9:30 to 10am.

I backtracked through my notes.

Had I been working from home in the office on that day?

No I had been in the office.

I usually get a coffee around 9am to 10am.

There had been a meeting that morning.

Was it unlikely that I had been there before 10am.

Was it unlikely that I had passed through the newsagency that day given I did not regularly do it on a daily basis.

But was it possible….

Yes it was possible and therefore what I did next was a no brainer for me. 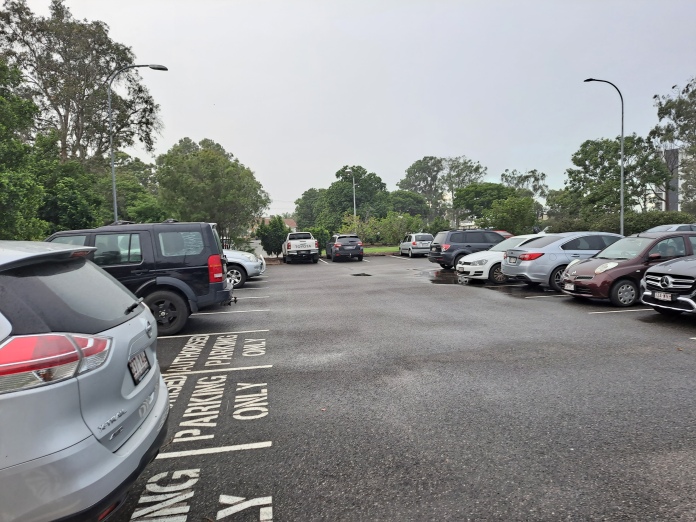 I finished work at 4:30pm and headed to the Prince Charles Hospital Fever Clinic to get tested having just read the e-mail maybe fifteen minutes prior to logging off.

Queensland Health broke venues from contract tracing into two types, one was close contacts and the second was casual contacts.

If you had been to a Close Contact site at the specified time then you needed to get tested immediately and quarantine until you get a negative result.

For those people even once you received a negative test you were to “complete the contact tracing self-assessment” and “stay quarantined even if you get a negative test until 14 days have passed since you were last there. It can take 14 days before you may show symptoms or test positive.”

There were over 1,700 people who would remain in quarantine as a result of this in Queensland over Easter.

“If you have been to any of the below locations at the relevant times you should:

Longtime readers will recall this is not the first time I sought out a COVID test or my first visit to the COVID-19 Fever Clinic at the Prince Charles Hospital.

On the 25th of February I was at The Prince Charles for something else and a nurse had been suspicous of the fact that we were wearing masks.

When I went and got tested for COVID for the first time on the 25th of May, 2020 I strolled throught the hospital to find myself out the back of an education centre.

We queued outside the building, there was a waiting room with chairs with masks to put on if you don’t already have one.

Then another room to go over paperwork.

I asked how deep the swab went and the nurse was very gentle. Perhaps coincidentally.

I returned twice to the place and followed a similar process in June 2020. That time one of the tests was distinctly uncomfortable.

On the 16th of December, 2020 with symptoms I returned to the Prince Charles Hospital to get tested and found the Fever Clinic had been moved. I had to walk through the Emergency Department to enter a long corridor where I found the clinic and got tested.

Now on the 1st of April I drove far from the main hospital to the other end of the campus grounds. 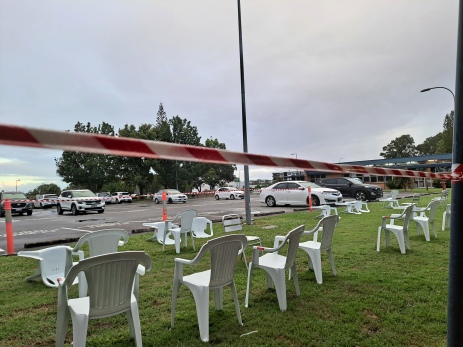 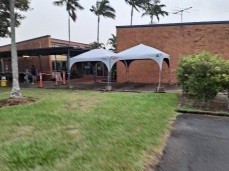 I saw a line of people on chairs in an undercover area outside a building. At the front of it I was checked in by a nurse, I was of course wearing a mask but was instructed to put on a surgical mask and wash my hands. The surgical mask had a blue plastic brim at the top of it where it would be positioned near the nose. It was as flimsy as masks you could buy in pharmacies.

I sat on a chair and waited for my test. I was told I would be called on my mobile. This practice I believe was in place to maybe allow waiting testees to leave and come back so as to keep numbers low at the site during peak testing. There were a few of us seated and waiting but perhaps not as many as there would be during the day or in particular in recent days.

I was there for close to ninety minutes.

A little over an hour before I got called and answered, a little later I was ushered in and got tested.

In December the nose swab was out but was told this time it was back. I felt they were thorugh but it was not painful. I wandered off into the night.

I was due to see my parents that Sunday for Easter and there was a good chance I would return a negative test by then and be free to attend to them.

But I though about my parents on a hospital bed, maybe a ventilator, fighting for their lives.

I had just seem them two weeks earlier.

There had been plenty of cases of people who became ill with COVID past the incubation period of 14 days while in isolation.

I was not prepared to take that risk.

I called them and advised I would not be seeing them and then I called work to arrange working from home.

I had a scheduled medical appointment the following Friday and people would be getting their flu shots at work on Thursday.

I rationalised a subsequent test the following tuesday and isolating before then would bring us up to three weeks since the possibility of having been to the newsagency on the 16th of March so that is what I would do.

Below was taken from the Queensland Health website from the 2nd of April just to give you an idea of how easily a potential spread can occur even if a place where there are so few initial cases out in the community.

A low risk contact requires you to monitor for symptoms but not immediately quarantine or even get tested. If a symptom occurs then you get tested and ioslate at home until you receive a negative test.