Karen and I masked up and ready to get some pizza! Copyright Lloyd Marken.

It had been ten months since serious restrictions had been placed in Brisbane in the early days of COVID expanding around the world.

Karen and I of course had a quiet weekend.

I got a text message with a longer list of locations on the southside that if you had been it you needed to get tested and self isolate. While the locations were from the area I lived in growing up I had not been to that in recent times. I did pass along to my parents who live on the southside of town but further afield and they advised they had not been there thankfully.

I did consider if I should go and get tested given that the government was keen to have many people get tested to get a better picture of how we were travelling but ultimately I decided against it.

We did go out and get take-away on Saturday night at our local pizza joint Marianas who were happy to see us as we happy to see them.

It was 6pm or so and more so than finding a park easy, more so than the traffic on the road, the thing that struck me was when we got home with the day ending everything was so quiet. No cars driving past, nobody even walking around for their local exercise. It recalled memories from the previous March. Its amazing how quickly you get used to things and how quickly you forget.

Sunday in the news was the small town of Maleny where Karen and I had shared a first holiday together.

Maleny is tucked away along with Montville, Landsborough, Mapleton and Flaxton in the Sunshine Coast Hinterland full of wineries, B&B getaways, hiking trails, markets and home craft stores.

Anybody who goes to such towns can’t help but be charmed by them and as mentioned on previous posts we have hold dear our particular pizzeria up there by the name of Capriccios.

Alas Capriccios was in the news and unfortunately not for their delicious pizzas or considerate staff.

A woman had been cleared to leave Melbourne having finished her hotel quarantine on the fifth of January.

She flew to Brisbane and travelled to Maleny where for two days she did simple day to day trips we all do. Over two days she only went to Purple Palate Cellars, the Woolworths and Capriccio’s Pizza which when you think about it is just good common sense but then Queensland Health were advised by Victoria she had retested positive.

This of course raises all kinds of questions which would prompt further restructure of the testing and repatriation process.

Dr Jeanette Young advised in a briefing that there was 14 day ‘quarantine’ for those who don’t have the virus. Once they do they had to be in ‘isolation’ for 10 days or 3 days where they no longer presented with symptoms. This had worked well in Australia prior to the UK strain and this woman coming to Maleny.

For now what it meant was a person who thought she was okay now had found out she was sick, a business I have been a happy patron of for many years had to be shut down and a town of three and half thousand people was thrown into disarray.

Capriccio’s co-owner told ABC News Tamara Leacy that her and other staff were getting tested at the pop-up testing centre that had been set up.

“We’re going to get tested ourselves so that we’ve got the all clear and we can move on from that. Just to put our own minds at ease,” she said

Business partner Dominic Venditti confirmed on Capriccio’s social media page that Capriccio’s was shut until Queensland Health gave them the all clear and urged customers to get tested.

“A big thanks to everyone! We love our community let’s all do what we can to stay safe,” he wrote.

The monthly Montville Markets were cancelled with one of the organisers Deborah Davis saying, “Even though we’re not in the Greater Brisbane area, there are a number of high risks for us. We experience high visitor numbers and many of these visitors come from Brisbane.”

But we would see history prove that we did fine without taking the actions I thought were necessary.

There were no new cases in Brisbane on Sunday.

There were 20 active cases in Queensland, most of them were in hotel quarantine.

Police had minimal trouble too, 15 fines were handed out in the last 24 hours, 700 masks were handed out by police officers to those seen out in public without one. Only fined where they refused to comply. The go soft approach to get everybody in the right mindset which seemed to work well.

I myself was wearing a mask as soon as I left my front door but not while inside my car by myself There was talk over the weekend that I was in the wrong with that so I started to wear a mask inside my car too and that later got reframed.

The 8th of January, 2021 was the first time masks had been made compulsory in Brisbane but previous scares last winter and at the beginning of the pandemic meant that most people had them ready to go and were happy to comply.

As the Northern Beaches area of Sydney came out lockdown there were three new cases in Sydney related to both the Berala Cluster and the Avalon Cluster – the latter now reaching a total of 150 cases.

The only larger daily increase of new cases has been on the 20th of December with 842,714.

Could we dare hope this would be the turning point, the worst day of new cases never to be repeated or taken over by a new horrid figure.

In Australia there had been 28,582 confirmed cases with a daily increase of eleven. There had been 909 deaths. The last death reported on the 29th of December.

On the 13th of November the United Kingdom had reached a new record for new daily cases – 33,470.

The worst day in the day months of March and April had been 5,487 on the 24th of April.

On the 24th of September, 6,178 new daily cases had broken past that previous record.

The record continued to be broken but 22,961 on the 5th of October dwarfed all previous records.

26,687 later that month on the twenty second beat that.

With winter and new deadly strains the figures drastically changed, the risk ever greater in the country where I have loved ones.

As Christmas beckoned there were 35,383 new daily cases on the 15th of December. 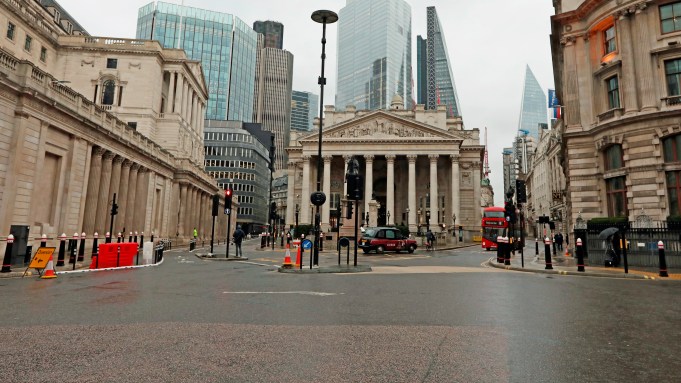 We can become numb to numbers but I can tell you with my sister half way around the world 68,053 new cases a day had our attention. We were worried.

On the 9th of January they had reported a daily increase in deaths of 4,176.

Ballbag was impeached a second time.

My city was in lockdown but I felt very safe and lucky to live where I did.