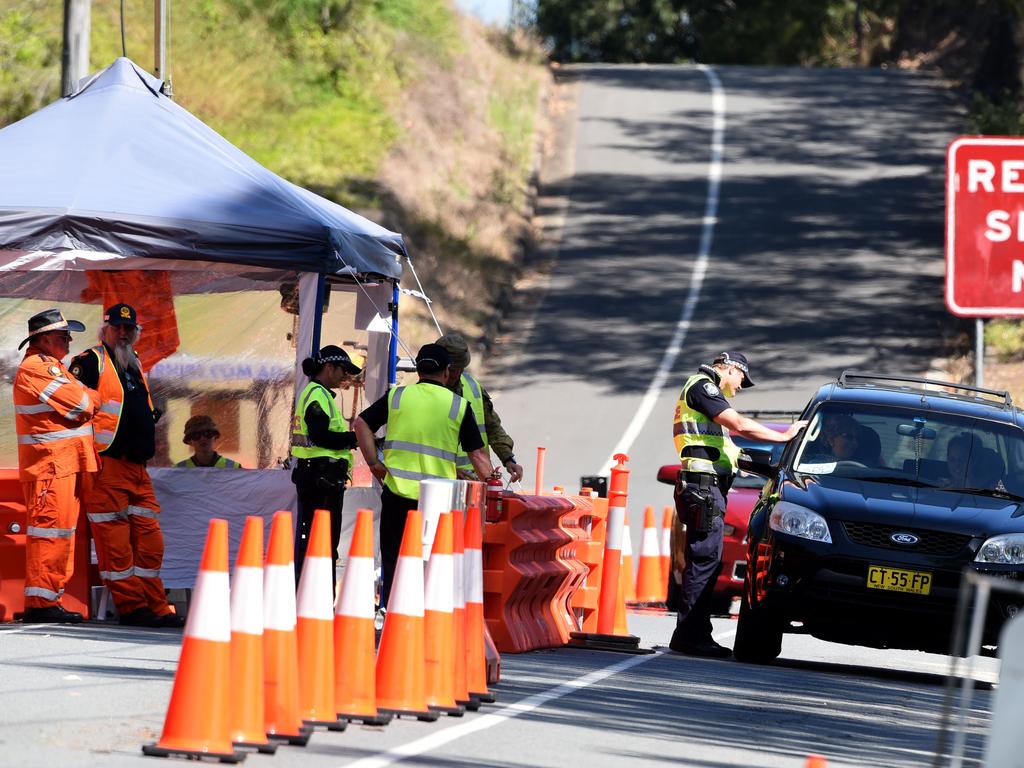 This shit is bananas.

On the 25th of March, 2020 Queensland had closed its state borders. As time went on and the threat receded they opened up to other states but not to New South Wales where cases numbers remained high.

Yet the numbers did come down and on the 10th of July the borders were opened with New South Wales.

Following a break-out of cases the borders were closed again on the 8th of August.

On the 3rd of November my home state opened up to NSW again with the exception of the greater Sydney area.

On the 24th of November it was announced that residents from the greater Sydney area would be welcome too from the 1st of December without the need to quarantine for 14 days. This followed 28 days of no community transmission in Sydney.

Much of Greater Sydney has been barred from entry since August 1.

Queensland closed its borders to parts of Victoria in mid-May, and all of the state from the start of July.

There were high hopes to open up to Adelaide soon too.

“The important thing is to recognise that this virus is circulating throughout the world, that the case numbers are increasing. We’re very safe here because of international border restrictions, but it could happen at any time. It was so unexpected when they got that case in South Australia and their hospital system down there is to be commended, that they picked up that case so quickly. Any cough, cold, sniffle, sore throat, diarrhoea, nausea, vomiting, any symptom, anywhere in the state, please just come forward and get tested,” Queensland’s Chief Health Officer Dr Jeanette Young advised.

The next day the Queensland Premier Annastacia Palaszczuk announced she would open borders with Victoria on the 1st of December following 28 days of no community transmission.

“Can I congratulate [Victorian Premier] Daniel Andrews, their Chief Health Officer and all of Victorians because this is just such fantastic news,” Ms Palaszczuk said.

Residents of 20 hotspots in Adelaide could not do the same yet but given recent developments with the South Australia lockdown that could just be a matter of time.

“[The Chief Health Officer] is still concerned about that cluster, but we will make further announcements about that at the end of the month,” the Queensland Premier said.

Coming from those kind of hotspots in Adelaide and or overseas in the past 14 days would see people required to complete a border declaration to enter the state.

The “hard border” it was announced the same day would be dismantled come the first of December. The operation spread across the state had been a huge undertaking manned by Queensland Police, the Australian Defence Force and the State Emergency Services.

Those travelling from hotspots would have to fly into Queensland.

Flights in domestic airports direct from any hotspots would be me by police and random checks of other flights would be conducted.

Failure to comply with a travel obligation could lead to a $4,003 fine.

“Importantly, for those people that have been in Adelaide, or any hotspot that may be declared, or overseas within the 14 days, they will need to complete the online border declaration pass application, and fly into Queensland. They won’t be allowed to travel across the road borders and undergo mandatory hotel quarantine for 14 days, unless they have an exemption,” explained Queensland Police Deputy Commissioner Steve Gollschewski.

That didn’t mean it would be a free for all driving into Queensland.

“You won’t see the fixed checkpoints on Queensland’s borders anymore — on the roads that is. Police will still be conducting random intercepts of vehicles and checking, in particular, people that may have come from South Australia. We’ll also be checking for people who may have travelled from the hotspot and have not completed their border declaration,” the Deputy Commissioner explained.

It did mean the closure of Queensland’s state borders for the first time in a century was about to end. 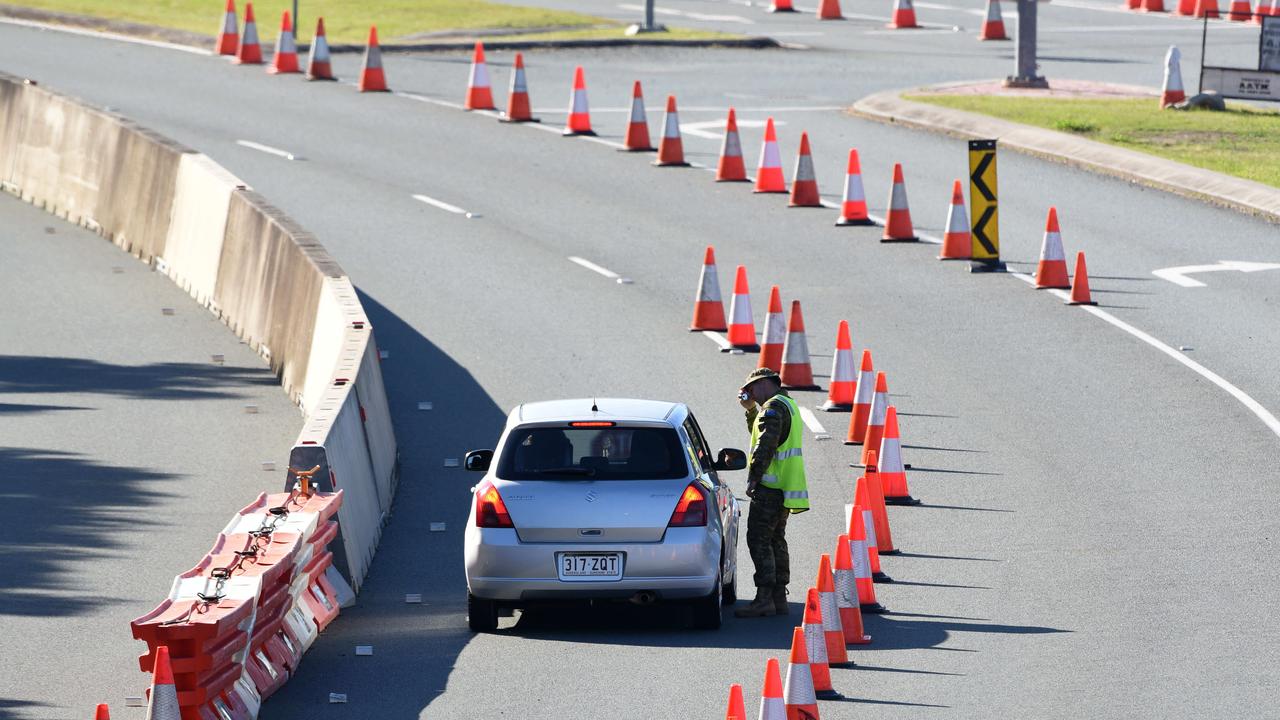 Deputy Commissioner Gollschewski said more than 1 million vehicles and 640,000 travellers  had been checked during the border closure and more than 50,000 people into quarantine.

The policeman was also proud of his fellow officers.

“That’s a long haul … nine months of standing on borders. It’s a great relief for us to be able to return those officers to their normal duties,” he said.

Interestingly given the scope of the operation he advised the hard border could be brought back within a day if need be.

With the announcement of opening up the border the Queensland Premier spoke of hope for families to come together and tourist towns like Cairns and the Gold Coast to see some extra business having suffered so much in 2020 due to the loss of international and at times domestic travellers.

Flight Centre CEO Graham ‘Skroo’ Turner who had to shut 100 of his centres across the country earlier in the year told ABC Radio Brisbane that his company had received more domestic online booking yesterday than any other day in the history of the company.

“It just shows you how quickly people will come back,” he said.

“We’ve got a lot of people who are only working two or three days a week, they’ll be going to full-time as soon as the business is there,” he said.

The Queensland Premier was adamant, “I can’t predict the future.”

However she spoke about what people had endured with the border closure and allowed to admit she hoped.

“Let’s hope, fingers crossed, that that won’t happen, let’s absolutely hope that families can get together with families over this Christmas period,” she said.

Some words ring truer now in light of recent events than they already did back then.

“We have to make sure that we manage our international borders. If Australia’s going to open up to Australia, the last thing we want to see, to put Australians at risk, is for a whole scale opening of our international borders — that would be catastrophic. Our hotel quarantine across our nation — now that we’re opening up Australia to Australia — needs to be even tighter. We still have to live in a COVID-safe world, unfortunately things are not normal, and what we’re seeing overseas in the Northern Hemisphere, you only need one outbreak in hotel quarantine and you’re back to square one,” she said.

In regards to state border closures she indicated the following of the National Cabinet decision to define hotspots.

“The threshold will be that we will go to a hotspot regime, which is what we have done in the past. We’ve had a High Court case which said very clearly that states do have the option to close borders to protect the health of their citizens.”

I will post here an interview that the Queensland Premier had with a Morning TV crew who are based down south.

Palaszczuk has chosen her words poorly in the past but she is all class while these two clowns make absolute fools of themselves.

She also spoke perhaps for the first time publicly about personal losses during the time she led our state through the greatest crisis of modern times. She hasn’t played this card in the past when pushing us through these contentious decisions, she hasn’t felt sorry for herself, she has stayed the course, put the lives of others before any other consideration and made the tough calls.

Thank you Premier Palaszczuk and thank you Professor Young.