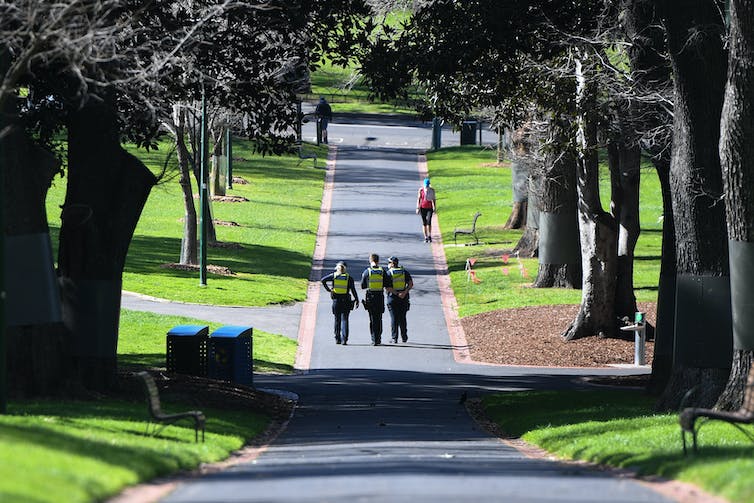 A record number of patients — both with and without COVID-19 — are on life support in Melbourne’s Alfred Hospital.

A total of 12 patients are on specialist life-supporting machines in the hospital, marking a record both for The Alfred and for all hospitals in Australia.

Jayne Sheldrake, an ICU nurse at the Alfred, said these patients are the sickest in the state, if not Australia.

“This is relentless,” Ms Sheldrake said.

Sunday and as promised Premier Daniel Andrews gave a roadmap out of lockdown for Victoria, while it was gradual it gave hope for what could be in the days to come.

First off come the 13th of September, the curfew would be eased to 9pm to 5am. Exercise increased to two hours per day, single social bubbles, public outdoor gatherings of two people or a household for up to two hours and playgrounds would be re-opened.

This was Melbourne, the plan would be different for rural Victoria.

If daily averages in Melbourne could remain between 30 – 50 over those two weeks then on the 28th of September there would be further lowering of restrictions.

Schools would see a staggered return, childcare centres would re-open and more workplaces, outdoor pools. People could gather in public in groups of up to five from two different households. Personal trains could train two people at a time and religious gatherings could have up to five people with their leader of faith.

Then on the 26th of October, 2020 subject to public health advice and the daily average of new cases across the state was five and if there were less than five cases from unknown sources over the previous 14 days state wide well then there would be even less restrictions.

The curfew which began on the 2nd of August would be dropped all together.

People would be able to leave their homes with no restrictions on travel in terms of distance or reasons why.

Public gatherings outdoors could be up to 10 people.

You could have up to five visitors to your home from another household.

Years 3 to 10 could start returning to school based on the staggered approach.

Retail shops and hairdressers could open.

In hospitality in outdoors settings a group of ten could attend.

A staged return for non-contact outdoor sport for adults and for under 18s sport contact and non-contact could return.

Finally on the 23rd of November if there were no new cases for the previous 14 days there would be public gatherings of 50 people outdoors allowed. You could have up to 20 people visist your house. All of retail would be open. Hospitality, indoor limit of 20 and outdoors it would be 50. Real estate would start up again, contact sport for all ages. Weddings and funerals could have a maximum of 50 people attend and Church gatherings could resume subject to density limits.

There was also the use of a term COVID Normal where if there were no new cases in 28 days, no active cases and no outbreaks interstate then most restrictions would be dropped due to safety conditions and a phased return for those who had been working from home.

The World Health Organisation reported there had been 2,806,901 confirmed COVID-19 cases globally with a daily increase of 308,572.