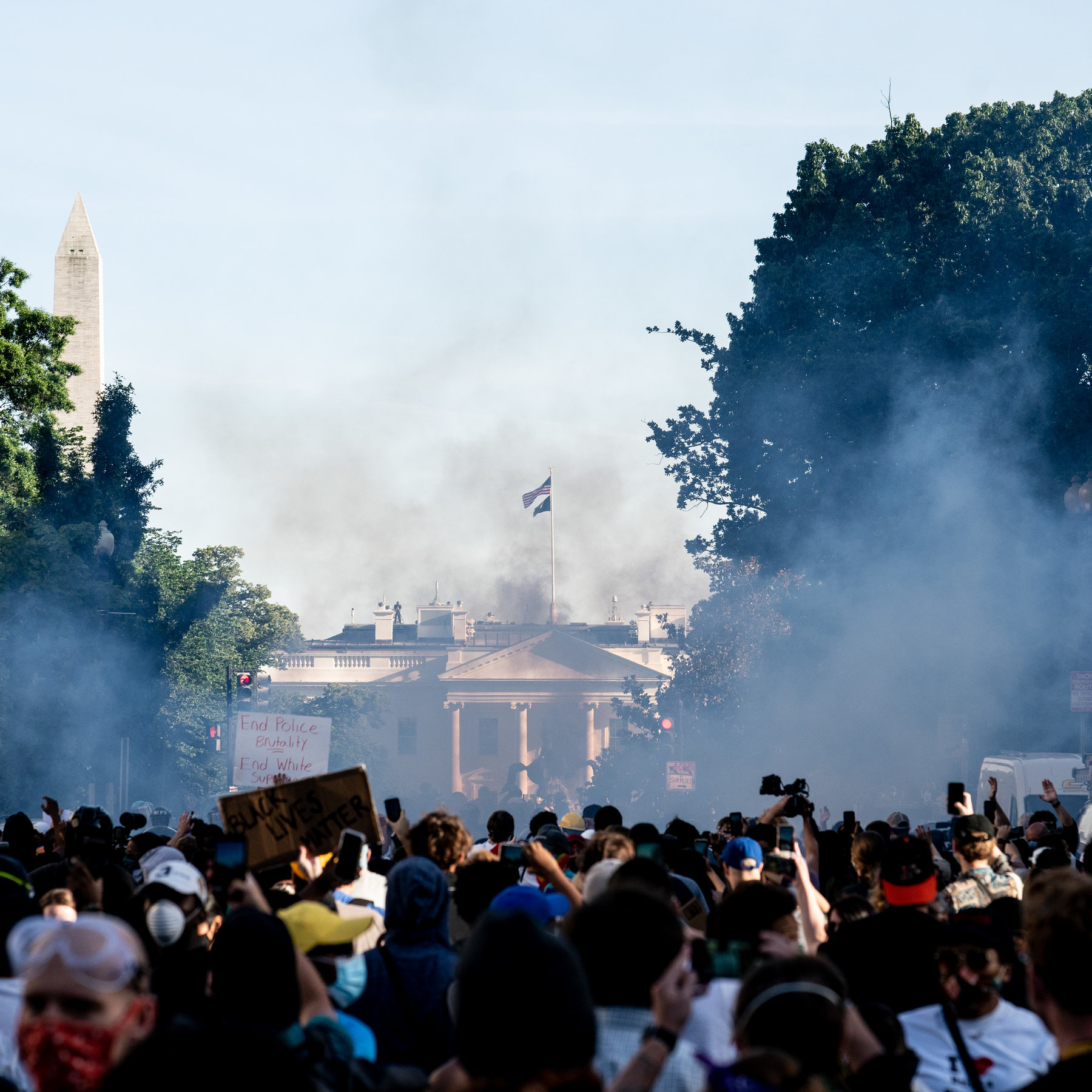 Over the weekend protests and riots had spread across America at one point Trump was taken to an underground bunker at the White House.

As chaos reigned on the streets the American President sought to reclaim them by force if necessary.

America has a long standing history of riots followed by the National Guard being called out. The National Guard is also called out in times of great crisis to search for missing persons, clear towns devastated by natural disasters and provide security when the Emergency Services are no longer enough to quell unrest.

For Trump the call out of 5,000 National Guard troops across 15 states on the 31st of May was not nearly enough. He started talking about the use of full time military.

On Monday before the curfew set in Washington it was announced that Trump was going to hold a press conference.

Police on site started pushing back protestors to increase the perimeter around the White House. Channel 9 Australian reporter Amelia Adams was on site braving rubber bullets, chemical irritants and fired up protesters.

The footage nonetheless shows on the ground shepherding of the crowd away from the White House in a show of force. It was later clarified that tear gas was not used but more pepper spray. For protestors suffering the effects the distinction held no relevance. The canisters were also shown to be thrown back by some protestors and it appears to me that firecrackers may have been dispersed by them as well along the ground.

Channel 7 U.S. correspondent Amelia Brace was there too with her cameraman Tim Myers who were assaulted by police clearing the area and struck by rubber bullets.

“And despite that as I ran away, clearly stating that we were media, with my cameraman with a camera on his shoulders, I was hit across the back with the baton.

The U.S. Press Freedom Tracker cited 100 incidents involving journalists including 20 arrests and 60 assaults over recent days covering the protests across the country.

Once the crowd was cleared Trump strutted out with his Secret Service and held The Bible up in front of St John’s Church.

The rioting and protesting is distressing for many, myself included. It is natural to want to protest for social justice, to get off your ass and to actually stand for something.

When the protests turn into riots it is also natural for people to want to see law and order restored.

As reporters are assaulted, police and protestors are killed, businesses are torched there are no clear answers. Trump’s call to put down rioters and make the streets safe to walk again appeal to some. A show of force is part of that.

Yet for many – leaders don’t divide, they pull us together, they acknowledge wounds that need to be healed and they don’t make it about them. 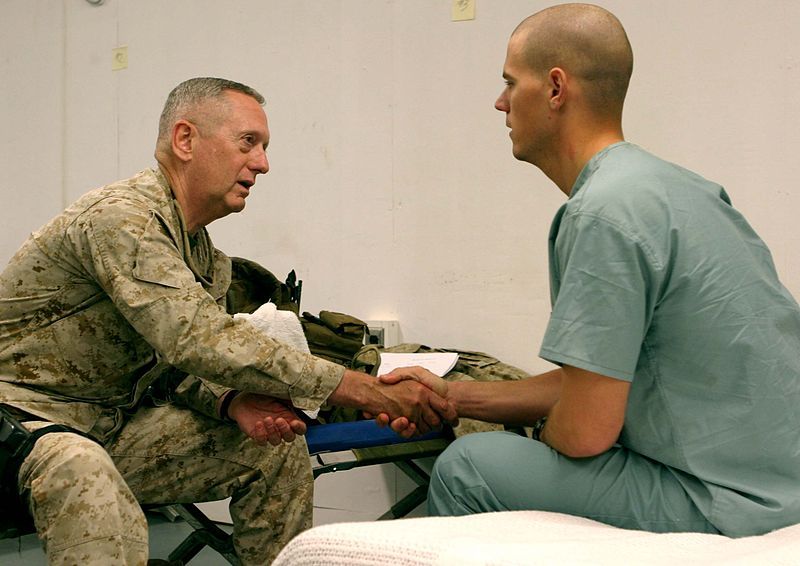 On the second of June, when Canadian Prime Minister Justin Trudeau sporting a COVID beard was asked to comment about the scenes in Washington he took a 21 second pause before answering “We all watch in horror and consternation what’s going on in the United States. It is a time to pull people together, but it is a time to listen.”

Former Vice President Joe Biden said in a speech at Philadelphia’s City Hall on the 3rd of June about Trump holding up The Good Book  “if he opened it instead of brandishing it, he could have learned something.”

“The President of the United States should be part of the solution – not part of the problem.”

Gathering far more press coverage and proving far more damning were comments made by General Mattis in a statement that was published in the Atlantic magazine.

General Mattis had served in the U.S. Marine Corps from 1969 to 2013. His last command was U.S. Central Command. He joined the U.S. Marine Reserves during the Vietnam War and earned his commission through the Naval Reserve Officer Training Corps while completing a Bachelor of Arts at Central Washington University. He went to war for the first time as a full bird Colonel in the Persian Gulf. He was a General during operational service in Afghanistan and Iraq which included the Battle of Fallujah. Persistently apolitical, he was known for being well read and a blunt talker.

Trump hired him as Secretary of Defense upon winning the election in 2016 and unlike most of those hires General Mattis was still around two years later. As disagreements between the two grew General Mattis eventually resigned and in response Trump sped up the end of his tenure. Mattis never discussed their disagreements and never publicly criticised President Trump.

In the Atlantic he wrote, “Never did I dream that troops taking that same oath would be ordered under any circumstance to violate the constitutional rights of their fellow citizens — much less to provide a bizarre photo op for the elected commander in chief, with military leadership standing alongside.”

“Donald Trump is the first president in my lifetime who does not try to unite the American people — does not even pretend to try. Instead, he tries to divide us.”

David Lauter on the 5th of June wrote in the L.A. Times that Trump’s act “appears to have been a fateful miscalculation.”

The World Health Organisation reported on the 3rd of June that in the United States of America there had been 1,798,330 confirmed cases with a daily increase of 14,692.

10 thoughts on “COVID-19 DIARY – THE CLEARING OF LAFAYETTE PARK”