A truck driver had made deliveries to twelve McDonalds while asymptomatic.

Out of caution McDonalds closed the twelve stores and had staff present on each occasion isolate at home for two weeks and get tested.

This was part of the cluster that originated with a store in Fawkner, Melbourne and affected 1,000 staff. At the time only twelve cases of COVID-19 related to this incident.

For me it did highlight as we began to get to low number of active cases in Australia that the virus was still going to be with us, that we were going to have break-outs and that the rush to get back to levels of activity pre COVID carried a far greater risk. In my mind the spread of these break-outs we were seeing could be minimised by lower levels of social interaction.

May 18 held significance for another reason that really didn’t receive a lot of focus in the media.

A year earlier I had worked for the Australian Electoral Commission on Election Night counting votes in a warehouse somewhere.

Karen had worked all that day at a polling station like she does at local and state elections.

In 2016 I had worked as a driver on election day, three years later I stated clearly an interest to do further work counting. I feel fortunate to have this extra work as I try to get ahead in life and this was even more so 18MAY2019 when I remained on contract.

I was in the warehouse just before sunset and left around about midnight.

On my way in I drove past what I knew to be the venue where my parents had their wedding reception. A lot had changed since then so my parents had never really taken us there.

After my shift I walked into the main bar area and looked around for a big staircase with a chandelier. There were not a lot of people around. I walked upstairs and found myself at a doorway of a function room.

Inside were a few people in red T-shirts looking sad. This was my first indication of the election results and then up on the screen was Opposition Leader Bill Shorten announcing he had congratulated the Prime Minister Scott Morrison.

I drove home and my amazing Karen served dinner even thoigh she had worked a very long day.

On the screen Morrison stood with his two cute daughters and beautiful wife on stage. They looked like the middle class families who had voted him in.

In an age of economic uncertainty and identity politics this image of a regular family man was part of the appeal.

The Labour party had put forward an ambitious platform of reform and change just like the conservative campaign of 1993.

A former marketing guru Morrison had reinvented himself from the hard man Immigration Minister he had been, pushing himself as a point of difference from Bill Shorten who knifed two Labour Prime Ministers in a row and his immediate predecessor the urbane and statesman like Malcolm Turnbull who had never won an outright electoral victory to leverage his party room into backing his more ambitious and progressive intents.

Despite this Morrison had polled badly against Shorten throughout the campaign and so on the 18th of May he quite rightly proclaimed “I have always believed in miracles.”

A year later it may seem hyperbole but Prime Minister Scott Morrison may be steering us through the most difficult times this country has faced since World War II.

Prime Minister John Curtin broke from Britain and faced imminent invasion in 1942. Like Roosevelt he died in office before the war ended.

There have been other wars and times when the country seemed to be tearing itself apart. There have been great reformers and leaders who saw us through a crisis or two and pushed through unpopular policies that bore out in time. Menzies, Whitlam, Hawke, Keating, Howard, Rudd. They’ve all got something to be proud if not many things.

Yet in the twelve months since 18MAY2018 Scott Morrison was heading us towards an economic surplus. When the bushfires started in September he was up at a Canungra sharing a cry with a local resident. 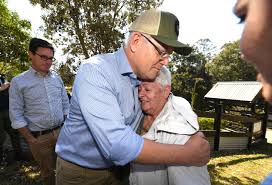 Then he went to Hawaii, then he came back and forced handshakes at Cobargo. 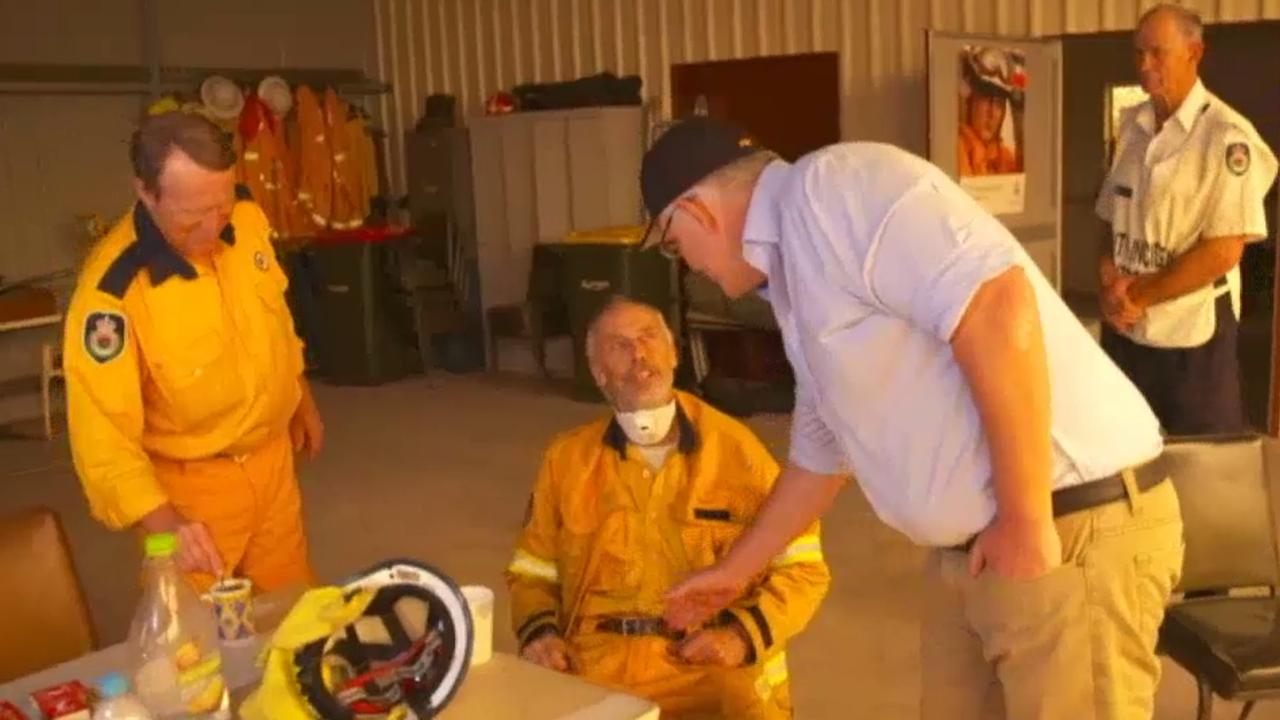 Then he called out the military and attempted to re-write history in press interviews about what happened when the Australian people knew better.

When his father passed after a lifetime of service to the community as a policeman and politician you could see Morrison was hurting but it was hard to drum up sympathy given the anger those lies stirred within.

Yet the bulldog  in him sucked it up and got on with the job. This personality trait may prove his undoing but it has also seen him through some tough times.

Since March, Prime Minister Morrison has sacrificed his economic good fortune to ensure all Australians have a roof over their head and money for food and medicine. He’s given lifelines to numerous businesses and while we were arguably a week or two behind putting in place restrictions in comparison to other countries Australia so far has come through.

That can’t be attributed to all one man nor would he want it to be but we have to give credit where credit is due.

A year ago Scott Morrison would never have been able to imagine what he would have to deal with in the next 12 months as Prime Minister.

So far he has proven himself capable and I for one am hoping he will continue to do so.

A trade war is looming with China, international tourism and investments are seriously impacted by COVID-19 and with a slowed down economy not everybody is going to go back to their pre-COVID earning capacity.

There is going to be real suffering in our country and around the world but so far Morrison has managed to keep cases numbers and the spreading of the disease low, provide a safety net for most of the populace and plan ahead as best he can.

I hope for all of our sakes, his second year in office proves less stressful.